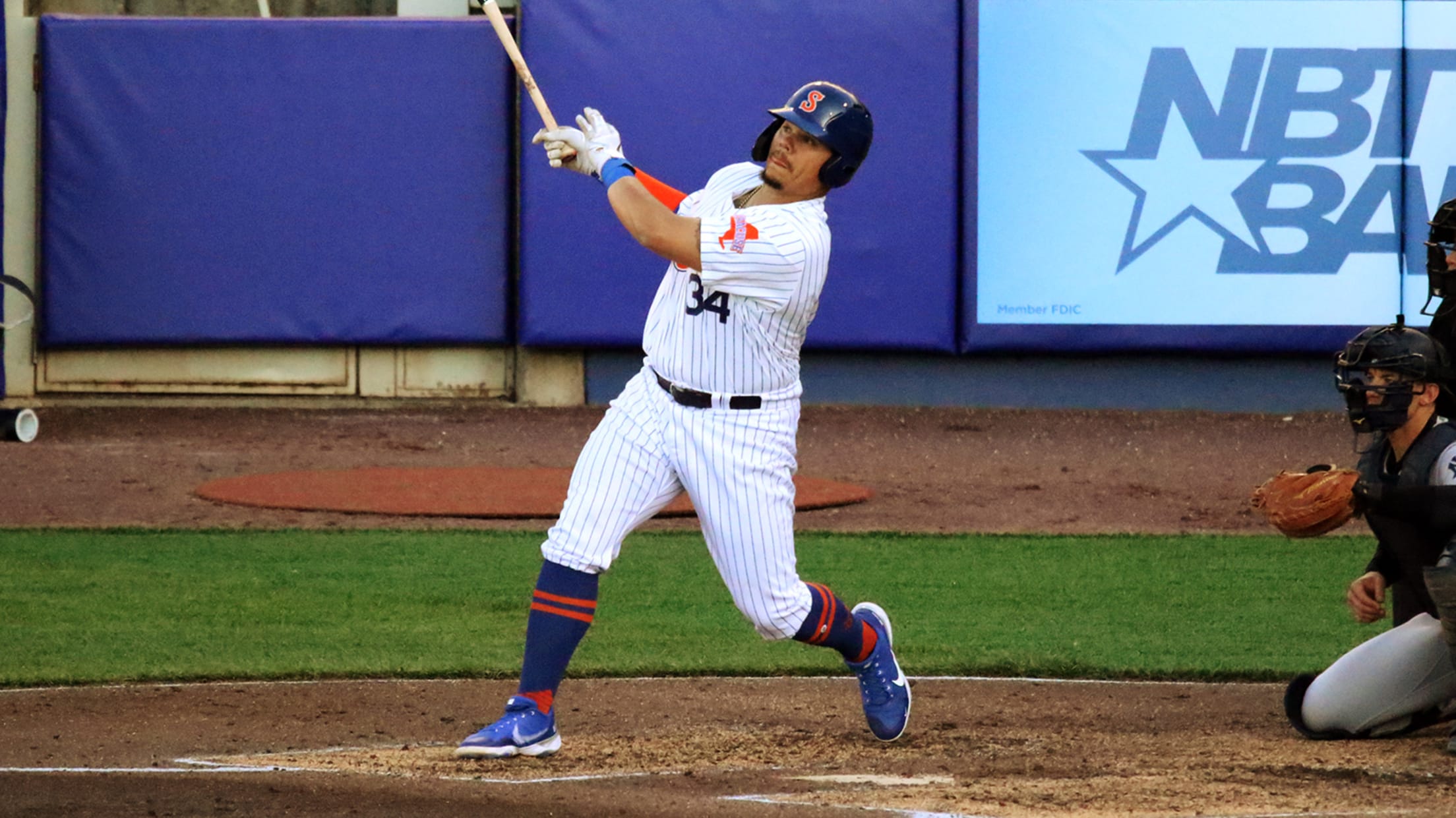 Offense was plentiful on Thursday night at NBT Bank Stadium, but the Syracuse Mets fell to the Scranton/Wilkes-Barre RailRiders, 17-11. Bruce Maxwell was a triple shy of the cycle tonight for the Mets, collecting five RBIs in the game.

Scranton/Wilkes-Barre (2-1) struck first in the top of the first inning. A Miguel Andujar single scored Greg Allen from second base for a 1-0 lead.

The RailRiders scored again in the top of the second. With the bases loaded, Andrew Velazquez grounded into a fielder’s choice, scoring Derek Dietrich from third base to make it 2-0. More runs would’ve have scored that frame if not for a diving catch made by Mets shortstop Jake Hager on the very next ball that was hit.

Syracuse (1-2) responded in the bottom of the second. With two outs and a runner at first, Maxwell crushed a ball over the right-center-field wall for a two-run home run, knotting the game, 2-2.

The Mets took the lead in the fourth. Maxwell came up with the bases loaded and singled home a run for a 3-2 advantage. Then, back-to-back bases-loaded walks scored two more runs in the inning to give Syracuse a 5-2 lead.

Scranton/Wilkes-Barre came right back in the top of the fifth. A two-out single by Trey Amburgey and a two-run double by Armando Alvarez re-tied the game at five.

Syracuse continued the offensive outburst, though, in the bottom of the fifth. Once again, Maxwell put the Mets ahead, this time with a two-run double with the bases loaded. Andrew Ferguson followed with his first hit of the season, a two-run double, giving the Mets a 9-5 advantage.

The game unraveled for Syracuse in the sixth with Scranton/Wilkes-Barre breaking out with the biggest inning of the game. The RailRiders scored eight runs on seven hits in the inning to take a commanding 13-9 lead. All nine batters reached base before an out was recorded in the inning.

Scranton/Wilkes-Barre added to its edge in the seventh with an Andujar two-run homer to make it 15-9.

Syracuse got two runs back in the bottom of the seventh thanks to a Jake Hager two-run home run, but two separate solo homers in the ninth by Andujar and Amburgey put Scranton/Wilkes-Barre up by the final score of 17-11.

The Mets and RailRiders meet again on Friday. LHP Thomas Szapucki will pitch for Syracuse opposite RHP Nick Green for Scranton/Wilkes-Barre. First pitch is at 6:35 p.m.