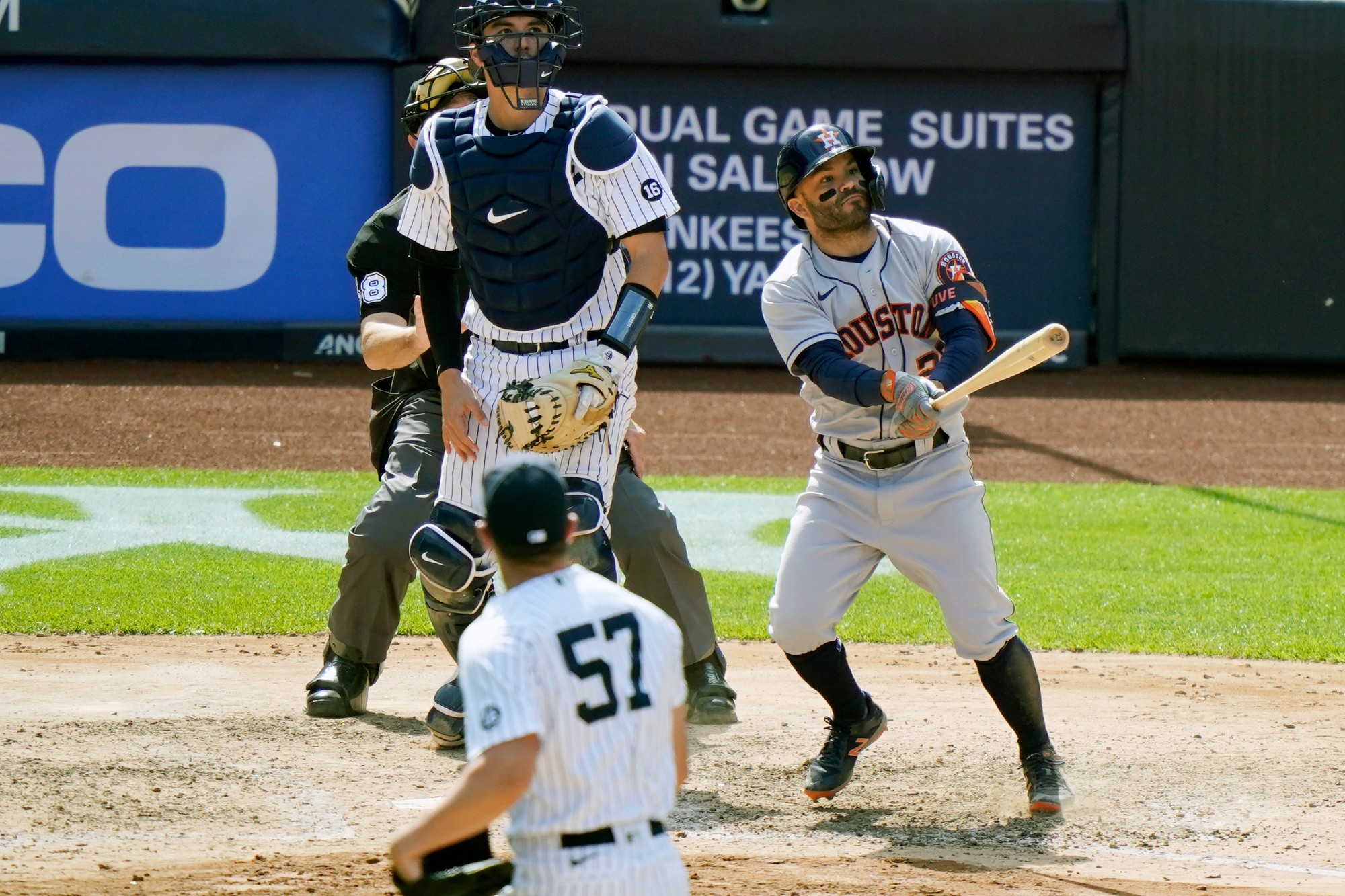 The fans rose in unison at Yankee Stadium once more in the eighth inning on Thursday, intending to cap a three-game torrent of verbal abuse by sending Jose Altuve off with their parting thoughts. Instead, the Astros’ second baseman flipped the script, spoiling the Yankees’ bid for a sweep.

Altuve reached the left-field seats with a go-ahead three-run homer off Chad Green in a rare misstep by the Bombers’ excellent bullpen, wasting ace Gerrit Cole’s seven-inning effort as New York’s five-game winning streak was snapped in a 7-4 loss to Houston.

Facing the Astros for the first time since signing his nine-year, $324 million contract before the 2020 season, Cole’s strong performance was supported by home runs off the bats of Giancarlo Stanton and Clint Frazier.

The reigning American League Pitcher of the Month, Cole shook up his game plan by swapping strikeouts for groundouts, fanning only four while recording nine outs on the ground. Yordan Alvarez launched a pair of solo homers off Cole, who held Houston to five hits without a walk in a 97-pitch effort.

New York managed three runs in six innings against right-hander Lance McCullers Jr., with Stanton slugging a solo homer to the back of the right-field bullpen in the third inning and Frazier providing a lead in the fourth with a two-run shot to the right-field seats.

Stanton’s homer extended his hitting streak to 12 games. It was his ninth blast of the year, and his third consecutive game with a long ball.