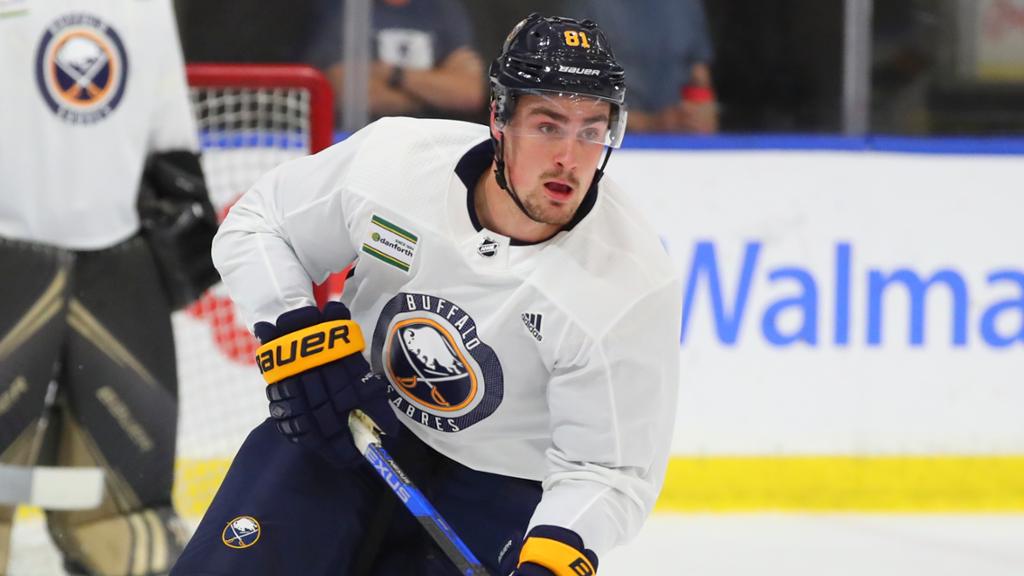 Brett Murray’s phone was buzzing as he sat down for his Zoom call with the media on Thursday, hours after he had learned he would make his NHL debut for the Sabres against the Pittsburgh Penguins.

The 22-year-old forward will become the seventh player to appear in his first NHL game with Buffalo this season, another feel-good story for a group that has had no shortage of them of late.

“I’m at a loss for words,” Murray said. “It’s honestly something that you work for, every player has worked for their entire life. To finally see your name on a line chart in the NHL is just one of the coolest things in the world.”

Murray was selected by the Sabres during the fourth round of the 2016 NHL Draft, but his development was far from a straight path. He departed from Penn State University following a season and a half of limited playing time and returned to USHL Youngstown in 2018-19.

He was slated to join Miami (Ohio) to continue his NCAA career last season but decommitted before the year began. He came to Sabres camp in fall 2019 with no contract and no promises and did enough to earn a one-year AHL deal. His rookie season in Rochester earned him a two-year, entry-level contract last August.

“My mindset has just been the same as it’s been my whole life,” he said. “I want to play in NHL. Everyone’s got a different path in order to get there. … Mine might be a little different than the guy sitting next to me.

“So, yeah, it was different, but I think I came to the rink every day wanting to compete and wanting to move up, wanting to make it to where I am today. It was a weird journey but I’m here now and now my goal is to stay here. That’s what I’m gonna be doing moving forward.”

Murray spoke with new Amerks coach Seth Appert and Sabres general manager Kevyn Adams prior to the season about what type of player he would need to be to crack the NHL lineup. He sought to become that player this season, using his 6-foot-5 frame at both ends of the ice. He tallied 19 points (9+10) in 23 games with Rochester.

“I’m a bigger player, that means using my size to create space, not only for myself, but for my linemates down low,” he said. “Just reliable at both ends of the ice, getting to the front of the net and, again, using my size just to not create chaos but create turnovers and get the puck back to our stick and hopefully to the back of the net.”

The work he did was enough to catch the attention of the organization’s decision makers.

“He did what pretty much every player does that deserves the chance,” Sabres interim coach Don Granato said. “He was consistent. Effective within his role. Understood his role. Impactful in that role. And he earned it. He earned it.”