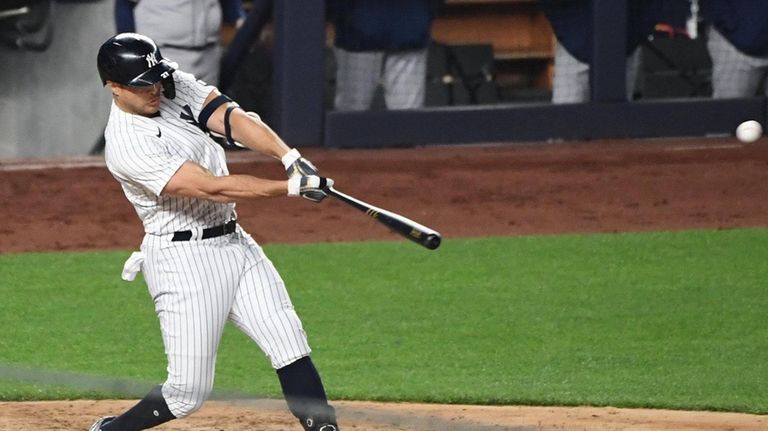 It was fitting that the pivotal moment of this long-awaited showdown between the Yankees and Astros involved a bone-rattling collision, leaving two players writhing on the dirt near home plate. Air-drop this game into October and we might have been calling it an instant classic.

That full-speed crash between Rougned Odor and Houston catcher Martín Maldonado capped a bases-clearing play as part of a four-run sixth inning, helping the Yankees pull away for a 7-3 victory on Tuesday at Yankee Stadium — their first time seeing the Astros since details of their sign-stealing scandal were revealed in late 2019.

DJ LeMahieu’s two-out dribbler set the events into motion, with third baseman Alex Bregman barehanding the ball and whipping it wildly past first base. Gleyber Torres and Kyle Higashioka scored easily and Odor was waved around as well, tangling his left knee with Maldonado’s body as the ball skipped away. Both players left the game with injuries. The Yankees said Odor sustained a left knee injury and will undergo an MRI. Maldonado was diagnosed with a trapezius contusion and is day to day.

Giancarlo Stanton jolted New York’s offense with a four-hit, three-RBI performance, slugging a two-run homer off Zack Greinke in the first inning, then adding a run-scoring hit in the sixth — to the delight of a crackling crowd of 10,850 that sounded like much more.

The Bombers seemingly had Greinke on the ropes in the first inning, with the first five batters reaching base. With Houston’s bullpen cranking early, Greinke induced Clint Frazier to roll into a double play. Though a run scored on the play, Greinke retired 11 of the final 13 batters he faced.

Domingo Germán started for the Yanks and worked five innings, permitting three runs, including solo homers to Bregman and Michael Brantley. Yuli Gurriel added a run-scoring double in the fourth inning that nearly left the park, bouncing off the top of the left-field fence and coming back into play.