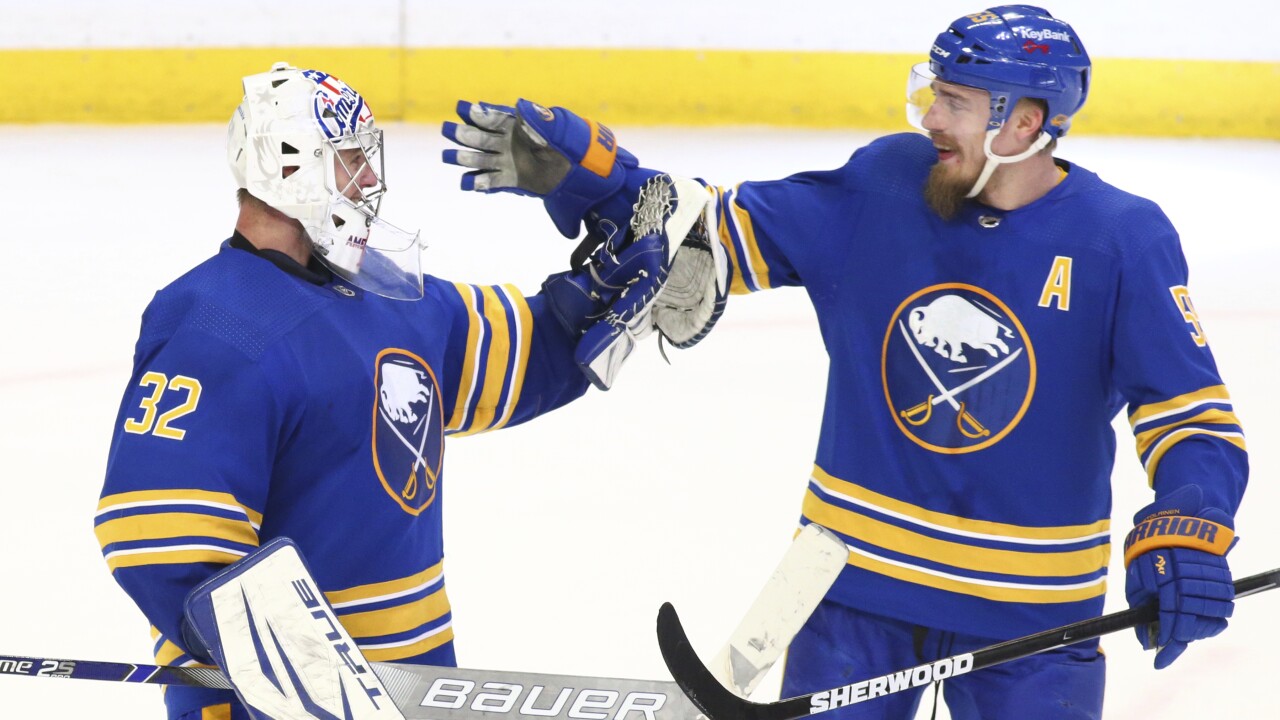 Michael Houser made 34 saves to earn a victory in his NHL debut.

With every other goaltender under contract unavailable, Houser, 28, appeared in his first professional game since March 7, 2020 – a 24-save shutout for Cincinnati of the ECHL. Houser last played in the AHL during the 2017-18 season and had never stepped onto the ice for an NHL game until Monday night.

Sam Reinhart had a three-point night against the Islanders with two goals and an assist. Tage Thompson recorded a goal and an assist, and Rasmus Asplund also scored for Buffalo.

Buffalo’s power play went 1-for-3 and the Sabres’ penalty kill finished 1-for-1.

"I've worked my whole life for this."