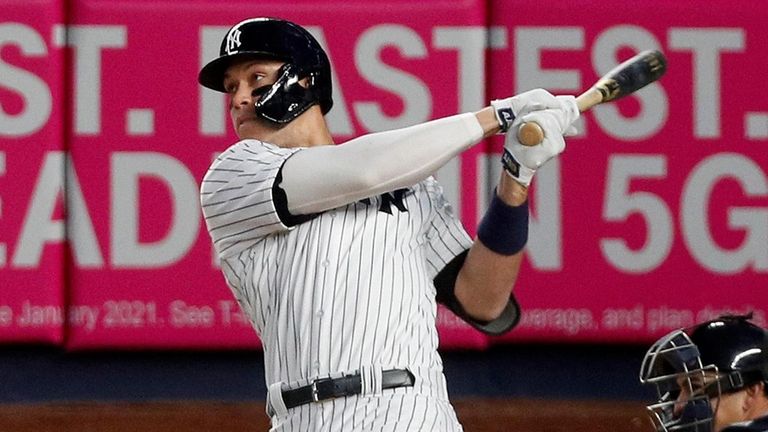 The Yankees recognize the importance of keeping Aaron Judge on the field, which is why manager Aaron Boone rested the slugger twice this week to address what the club described as “lower body soreness.” That time off seems to have worked wonders.

Judge cleared the fences twice, including a grand slam, pacing the Bombers’ five-homer barrage in a 10-0 rout of the Tigers on Friday evening at Yankee Stadium.

Supporting a sterling 12-strikeout effort by ace Gerrit Cole, Judge rattled the glass over Monument Park in the third inning facing left-hander Tarik Skubal, then launched a grand slam to right field in the fourth against right-hander Buck Farmer.

It was Judge’s 12th career multihomer game and his second career grand slam, having hit his first on May 28, 2017, against the Athletics. Clint Frazier, Aaron Hicks and Rougned Odor also homered for the Yanks, who improved to 12-7 in games when they hit at least one home run.

Cole wrapped up a dominant month by limiting the Tigers to four hits over six scoreless frames, throwing 61 of 87 pitches for strikes. With four starts of 10 or more strikeouts and zero walks, Cole has already equaled a franchise mark set in 2001 by Mike Mussina. Cole’s 62 strikeouts are the second most of any Yankee in any calendar month, behind only Ron Guidry, who fanned 64 in June 1978.