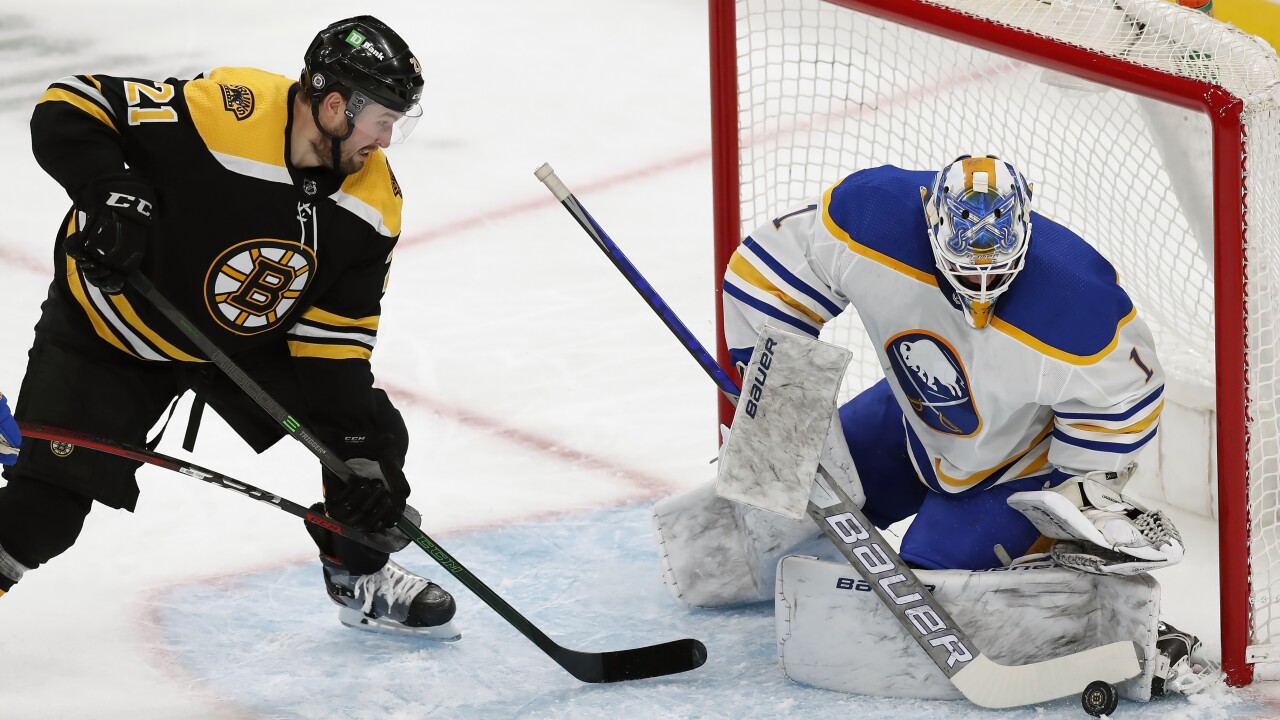 The Buffalo Sabres were outscored 3-1 in the third period Saturday afternoon in their 6-2 loss to the Boston Bruins at TD Garden.

Craig Smith scored twice for Boston in the third to complete a hat trick. Sean Kuraly, Patrice Bergeron and Nick Ritchie also scored for the Bruins.

Ukko-Pekka Luukkonen made 26 saves on 29 shots through two periods.

In the final 15 seconds of the second period, while tracking the play on the penalty kill, Luukkonen sustained a lower-body injury and had to be assisted off the ice when the horn sounded.

Dustin Tokarski replaced him in net and stopped 11 of the 14 shots he faced.

Jeremy Swayman made 17 saves to earn the win for the Bruins.

Buffalo’s power play finished the game 0-for-2 while the penalty kill was 3-for-4. Sheahan’s goal came while shorthanded.