Home » Chance The Rapper » Bills add to their offense, select OT Spencer Brown in third round of NFL Draft

Bills add to their offense, select OT Spencer Brown in third round of NFL Draft 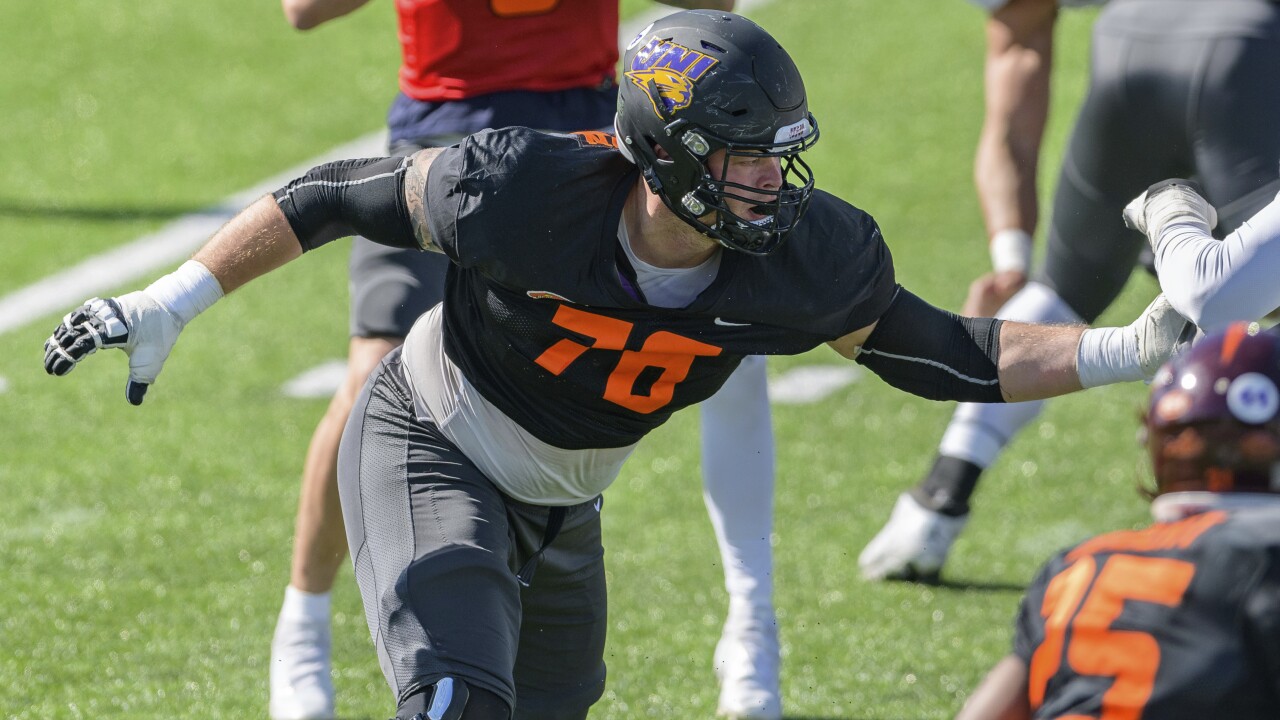 The Buffalo Bills have added more depth to their offensive line, selecting OT Spencer Brown with the 93rd overall pick in the 2021 NFL Draft.

Brown, 6″8 and 311 lbs, played with Northern Iowa from 2016-2020. He was originally a tight end and redshirted his freshman season to transition to the offensive line. He ended up starting 32 of 33 games at right tackle.

The Bills are scheduled to pick four times on Saturday:

Adding to our offensive line.

Selected T Spencer Brown out of Northern Iowa with the 93rd selection of the #NFLDraft. pic.twitter.com/zB1tE0c8G5

We picked up a tackle! Spencer Brown is your newest Buffalo Bill.

Bills Insiders @MadGlab and @ChrisBrownBills are LIVE breaking down the pick.

Spencer Brown meeting with the Buffalo media via zoom. Already has the Bills flag in the background. pic.twitter.com/ndSrggJwpk

Bills GM Brandon Beane said Carlos Basham was the best player on their board, even though he didn't come into the night expecting to take another defensive end: "You can never have enough pass rushers."

Beane on CBs: "There were some good corners on the board, but guys we had high values on kept getting taken in front of us each time. With each pick we had the better value was the DL we took and Spencer. You want to be strong up front. It's a big man's game." #Bills

Brown: "Being part of Bills Mafia is just about perfect for a kid from a small town in Iowa." #BillsMafia

Brown on dream of playing in NFL: "I was super lucky to play football. I never thought about the NFL. I had a lot of short term goals that turned into a long-term goal. It's a culmination of what happened now." #Bills

Spencer Brown said that he had about 40-50 people at his draft party when he was drafted, then about 10 minutes after the pick "the whole town" of Lennox, Iowa "showed up on his front lawn"