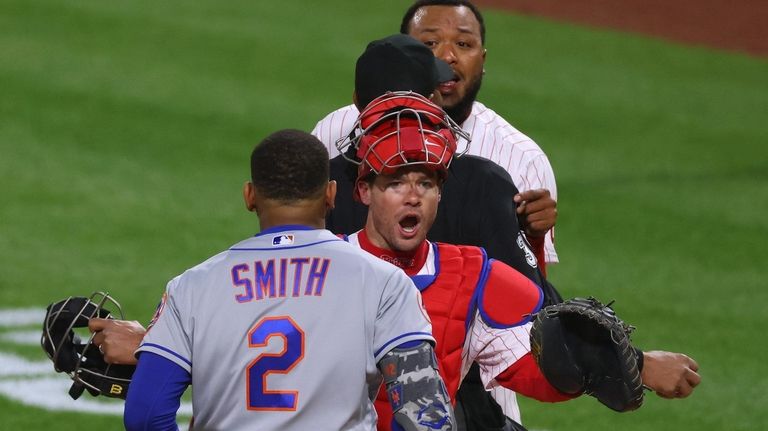 It spoke volumes regarding the state of the Mets’ offense that, in the eighth inning of a one-run game on Friday, Phillies interim manager Rob Thomson elected to put the potential go-ahead run on base. The move set up a left-on-left matchup between reliever José Alvarado and Dominic Smith, who struck out to end the threat in a 2-1 loss at Citizens Bank Park in Philadelphia.

Then frustration bubbled over as Alvarado began jawing at Smith, who had been vocal in his criticisms of the reliever’s inside pitching both on Friday and earlier this month at Citi Field. Smith whirled and yelled back at Alvarado as both benches and bullpens cleared, leading to a brief fracas that did not escalate to a physical confrontation.

The Mets were none too amused at Alvarado’s antics, but they had only themselves to blame after again scoring merely one run in the loss — just their second run in the past 30 innings.

Once again, New York received a fine pitching performance. This time it came from Marcus Stroman — who delivered five solid innings before a tight hamstring forced him to depart — and a trio of relievers. The Mets plated their only run on a Smith RBI single in the sixth, but he struck out with two runners in scoring position two innings later.