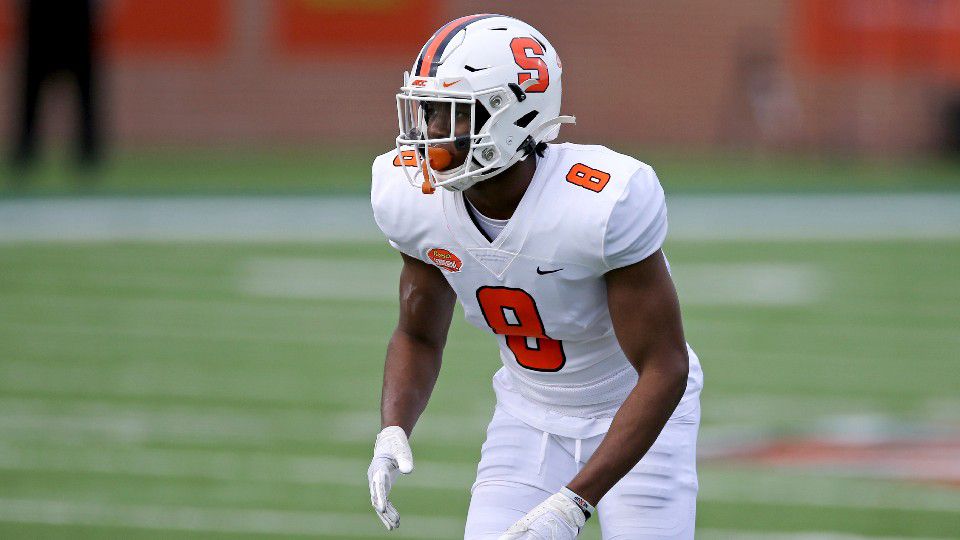 With an edge rusher already added in the first round, the Bills have plenty of options with their six remaining picks in the 2021 NFL Draft. But what players could they target with their two picks on Friday?

5 Players the Bills could target on day two:

Few players in the 2021 Draft are as fun as Moore. Don’t think of Moore as a wide receiver, think of him as a weapon. During our pre-draft show, Joe Buscaglia from The Athletic even said Moore could get some carries out of the backfield.

With Emmanuel Sanders and Isaiah McKenzie on one-year deals, the Bills could take a dynamic wide receiver that could ultimately play a bigger role down the road. Moore is only 5 feet 9 inches tall, but ran a 4.31 40-yard dash at Purdue’s pro day and would give the Bills that home run hitter they’re looking for.

Melifonwu is big, physical, and most importantly, a versatile player. At 6’3”, he would bring size to the Bills secondary and could eventually take over the starting cornerback job opposite Tre’Davious White. Melifonwu might not immediately be the favorite to win the starting job out of training camo but could be a nice depth piece behind Levi Wallace until he’s ready for a bigger workload.

Sense a trend here? Like Melifonwu, Samuel is an intriguing corner who slid into the second round. If Brandon Beane and his staff want to add Samuel, they’ll likely need to make a move up the draft board. Many analysts believed he would be a late day one pick due to his explosiveness and potential.

Admittedly, I even thought he might be the pick at 30 when the “the pick is in” graphic popped up on my TV. Nevertheless, adding both Rousseau and Samuel would be a really solid haul for the Bills.

The Bills need to add depth and get younger on the offensive line. Dickerson has major injury concerns but the Bills can afford to roll the dice since they have a solid starting five for next season. As mentioned earlier, the Bills covet versatility and Dickerson has played both guard and center. If he’s available when the Bills are on the clock, he might be too intriguing to pass up.

Why not go all-in on Miami Hurricanes? Brevin Jordan is one of the most athletic tight ends in the 2021 class and has quite the highlight reel. Most analysts have concerns with Jordan’s blocking ability but from a strictly receiving standpoint, he’s explosive. If the Bills are looking for more of a blocking tight end, Tommy Tremble from Notre Dame is also an option. Pat Freiermuth is the best tight end still available but could be the first pick of the second round.