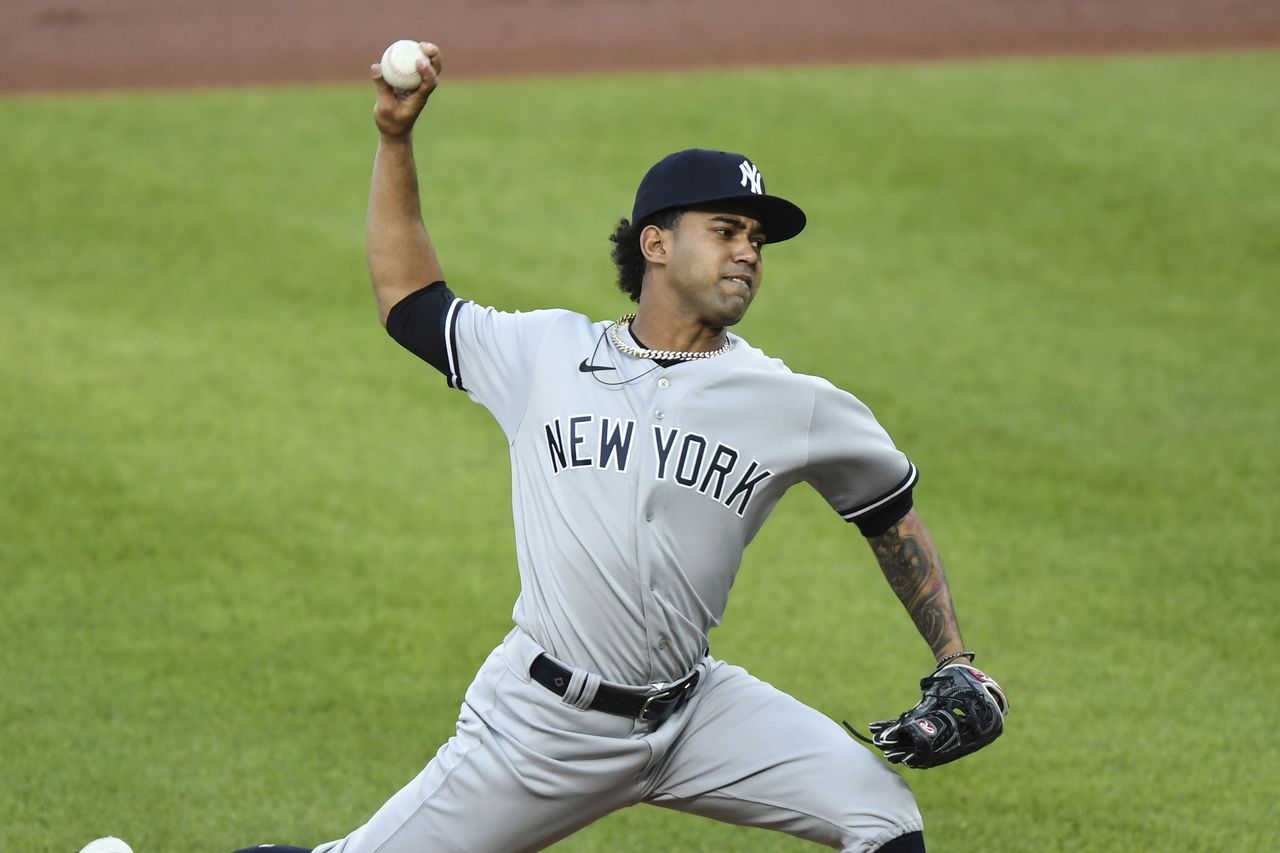 Aaron Judge committed a cardinal no-no by making the final out of an inning at third base, but it was a disappearing run from the scoreboard that incensed Yankees manager Aaron Boone in Monday’s 4-2 loss to the Orioles at Camden Yards.

Gio Urshela ripped an eighth-inning single to left field that appeared to chase home Clint Frazier and DJ LeMahieu, with Judge — celebrating his 29th birthday — thrown out at third base. The umpires determined that LeMahieu did not touch home plate before Judge was tagged, making Urshela’s hit only count for one run.

Boone indicated that he wished to challenge the call, but that request was not granted, with umpires indicating that the allocated time for a challenge had elapsed. Boone was subsequently ejected by first-base umpire Greg Gibson, his first ejection of the season.

Promoted from the alternate training site to make his season debut, Deivi García tossed 65 pitches over four innings, making two trips through the batting order but receiving little support from the Yanks’ bats.

Rated as the Yankees’ No. 3 prospect by MLB Pipeline, García competed for a rotation spot this spring and was instructed to stay ready for when the club needed a sixth starter. García answered that call in the Yanks’ 22nd game, touched by Cedric Mullins’ leadoff homer and Freddy Galvis’ second-inning RBI double among three hits.

García walked three and struck out four in the seventh regular-season start of his budding career.

The Yanks were mostly silenced by right-hander Matt Harvey, an ex-Mets phenom who turned the clock back by limiting New York to three hits over six innings. Giancarlo Stanton and Judge stroked consecutive two-out doubles in the sixth to produce the only run off Harvey, who walked three and struck out five.

Darren O’Day balked home a run in the sixth inning and Mullins slugged a second homer facing Justin Wilson in the seventh.