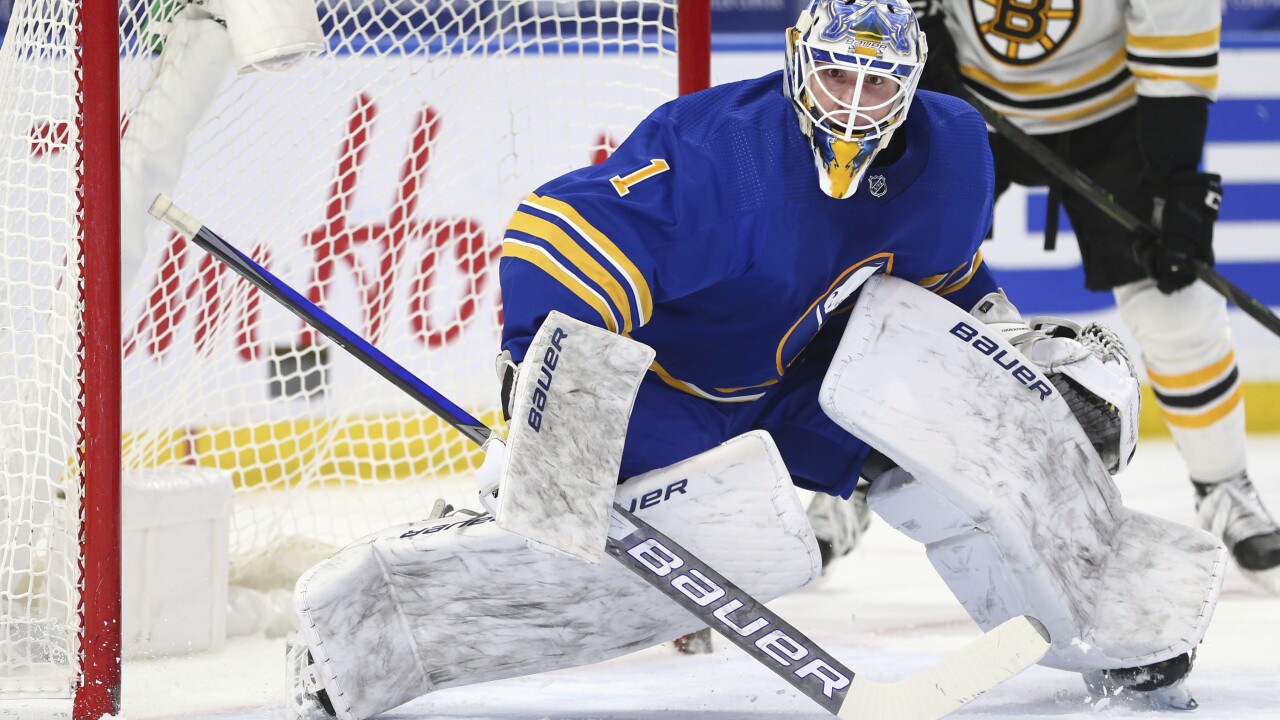 Sam Reinhart recorded a hat trick to hit the 20-goal plateau and help lift the Buffalo Sabres to a 6-4 victory over the Boston Bruins on Friday at KeyBank Center.

Rasmus Dahlin added a goal and an assist while Casey Mittelstadt and Arttu Ruotsalainen also scored.

Rookie goaltender Ukko-Pekka Luukkonen overcame a furious Boston rally in the final eight minutes of the game to earn the win in his NHL debut. He made 36 saves.

Tuukka Rask started in goal for Boston and made 24 saves on 28 shots before being pulled after Buffalo’s fourth goal. Jaroslav Halak stopped four shots in relief.