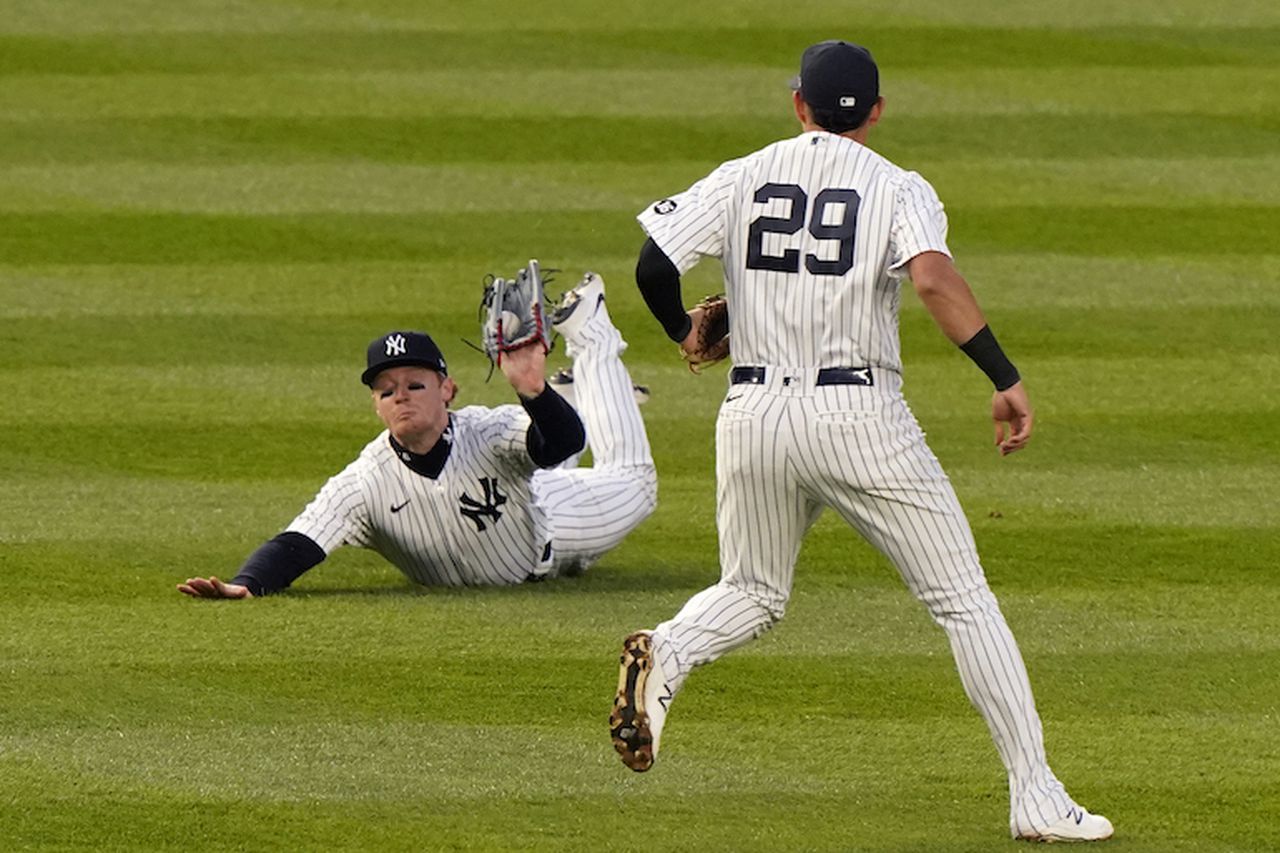 The Yankees keep vowing that any day now they’re going to come out of their massive hitting woes. They keep promising they’ll get back to winning a lot of games the way that they have in past seasons with most of the same hitters.

Sure, it’s still April, but the losses are piling up as the offensive struggles continue.

The Yankees fell to the Braves, 4-1, on a cold Wednesday night in the Bronx.

Clint Frazier drove in the Yankees only run with a two-out RBI single to right in the ninth. The Bombers managed just five hits in the loss.

Third baseman Gio Urshela left the game in the seventh due to lower back stiffness. Manager Aaron Boone said after the game that he will get some treatment and is considered day-to-day. No tests are scheduled.