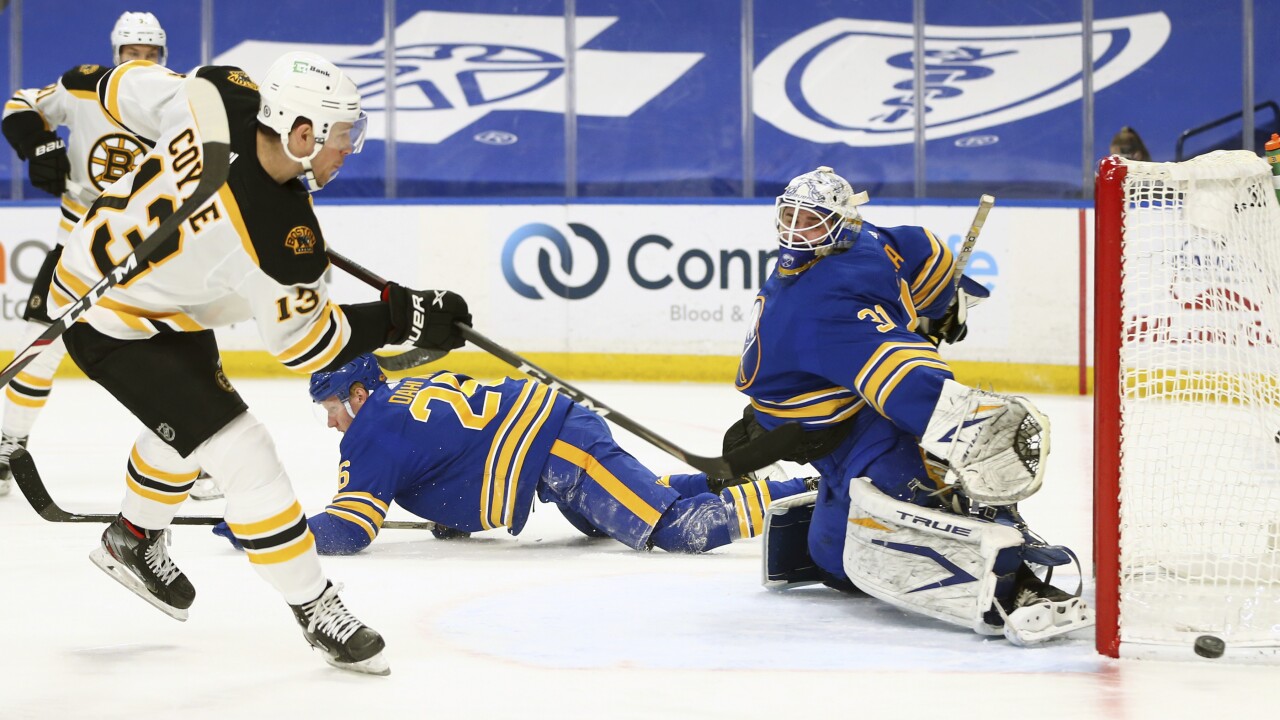 The Buffalo Sabres couldn’t get anything going on the power play in their 2-0 loss to the Boston Bruins on Tuesday at KeyBank Center.

Buffalo had three power plays – including their final opportunity – cut short after committing penalties while on the man advantage. The Sabres finished 0-for-6 on the power play with five shots on goal.

With 2:34 remaining in regulation, Buffalo was set up to have a 5-on-3 opportunity for 1:33 that they turned into a 6-on-3 when they pulled goaltender Dustin Tokarski in favor of the extra attacker. Buffalo generated zero shots on the 6-on-3 and then committed a too-many-men-on-the-ice penalty once the initial two-man advantage expired.

Brad Marchand and Connor Clifton scored for Boston. Tuukka Rask turned aside all 32 shots he faced.