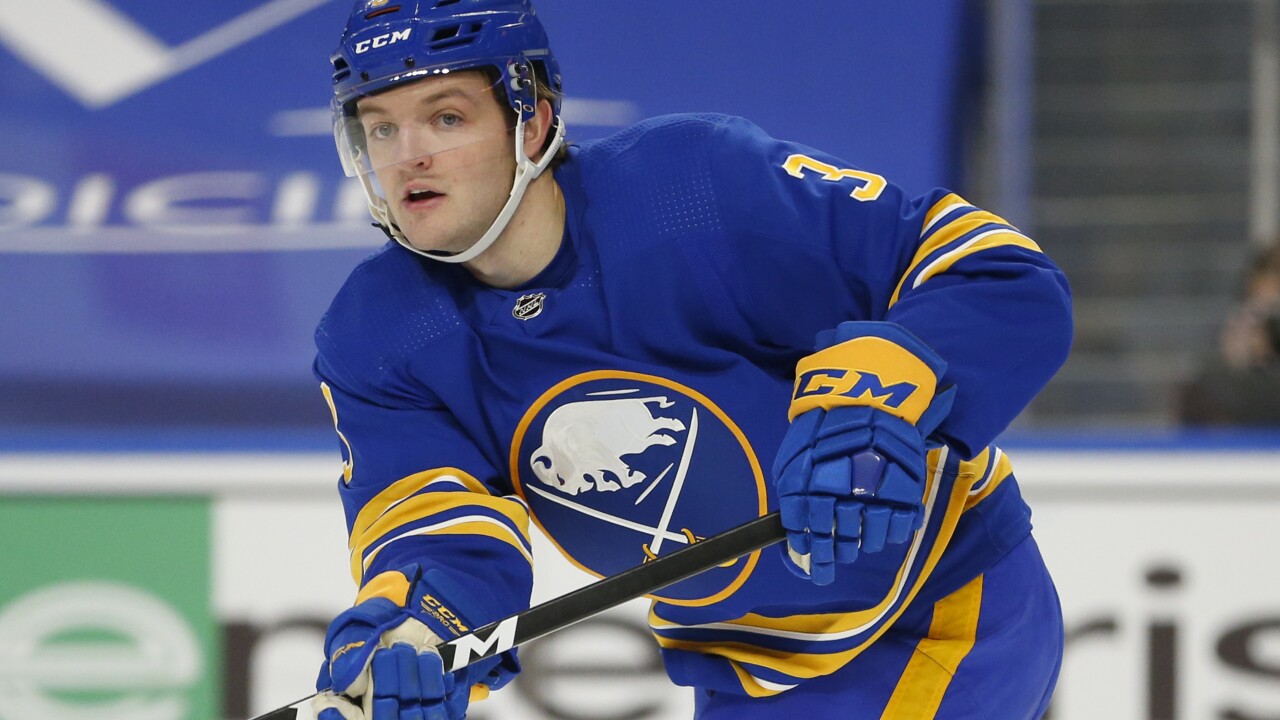 William Borgen skated with the Sabres on Tuesday and could return to the lineup against the Boston Bruins on Thursday, interim head coach Don Granato said.

Borgen has missed the last 31 games after having surgery to repair a fracture in his right arm. The injury occurred while blocking a shot on the penalty kill against New Jersey on Feb. 22.

The defenseman managed to finish the game, skating a career-high 19:14.

“It went numb right away when it hit,” Borgen said. “I was just feeling it out on the ice. They taped it up and stuff. Had a little bit of adrenaline, so I didn’t feel all the pain. I definitely wasn’t feeling too strong out there. I wasn’t feeling great.”

Borgen, 24, appeared in four games with the Sabres prior to his injury after beginning the year on the taxi squad. Interim head coach Don Granato, then in his role as an assistant, saw a young player firming his grip on an NHL roster spot after two seasons of development with Rochester.

“He’s another player that’s on the cusp off full-time NHL potential,” Granato said. “To get to that point, there’s a lot of little intricacies that he’s gotten right and I’m excited because of that. He’s right on the cusp of full-time duty is the way I look at it and this is a great opportunity for that.”

Borgen returns to a younger, more confident roster than the one he was a part of in February. Players who spent the beginning of the season working alongside him on the taxi squad – Rasmus Asplund, Casey Mittelstadt, and Tage Thompson among them – have seized full-time roles.

The defense corps, meanwhile, has gotten exceedingly younger first with the addition of 23-year-old rookie Jacob Bryson and more recently with the NHL debut of 21-year-old Mattias Samuelsson.

“It’s fun to watch,” Borgen said. “I’ve enjoyed watching them a lot. They’re playing fast. Seeing a lot of the guys have a lot of success, like the guys we started with on the taxi squad at the beginning of the year: Aspy, Mitts. It’s really fun to watch.”

He will have his chance to join on the fun before long.

“On the intangibles side, his body language, even his posture, he knows it, he senses it,” Granato said. “He’s got enough experience at the NHL level, enough experience through ups and downs between Rochester and the NHL.

“He’s been able to internalize a lot of dynamics that go into the maturing process of becoming and knowing you’re an everyday NHL player. I think he presents that now, he presents that level of confidence and self-absurdness.”