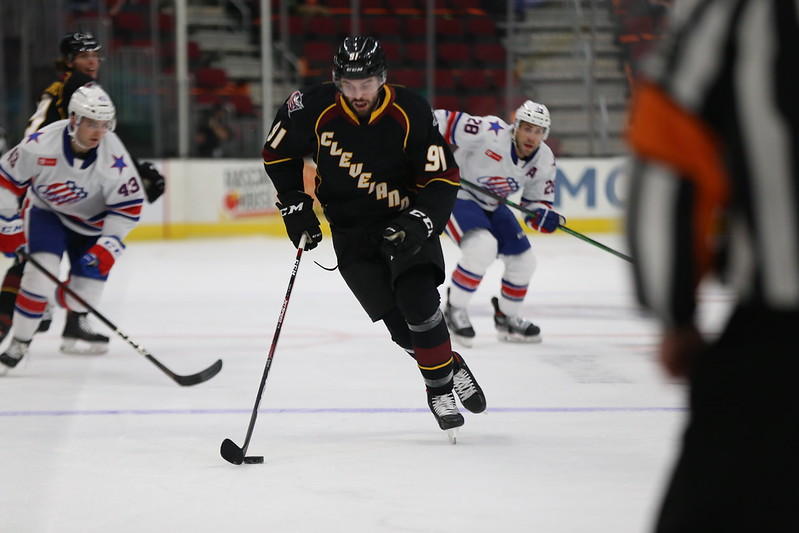 Despite opening the scoring for the third straight game against the Cleveland Monsters (11-5-1-0), the Rochester Americans (8-8-2-1) suffered a 6-3 setback in the series finale against the Monsters Saturday at The Rocket Mortgage Fieldhouse.

This afternoon’s contest was the fifth of six scheduled meetings between the two teams this season and final of a three-game series. The Amerks, who are 30-11-4-4 record against the Monsters since the start of the 2011-12 season, opened the series with a 7-3 victory while Cleveland has now claimed each of the last four meetings following today’s win.

First-year goaltender Stefanos Lekkas (0-2-1) made his second straight appearance in net and third with Rochester this season. The rookie netminder stopped 16 of the 21 shots he faced but suffered the loss.