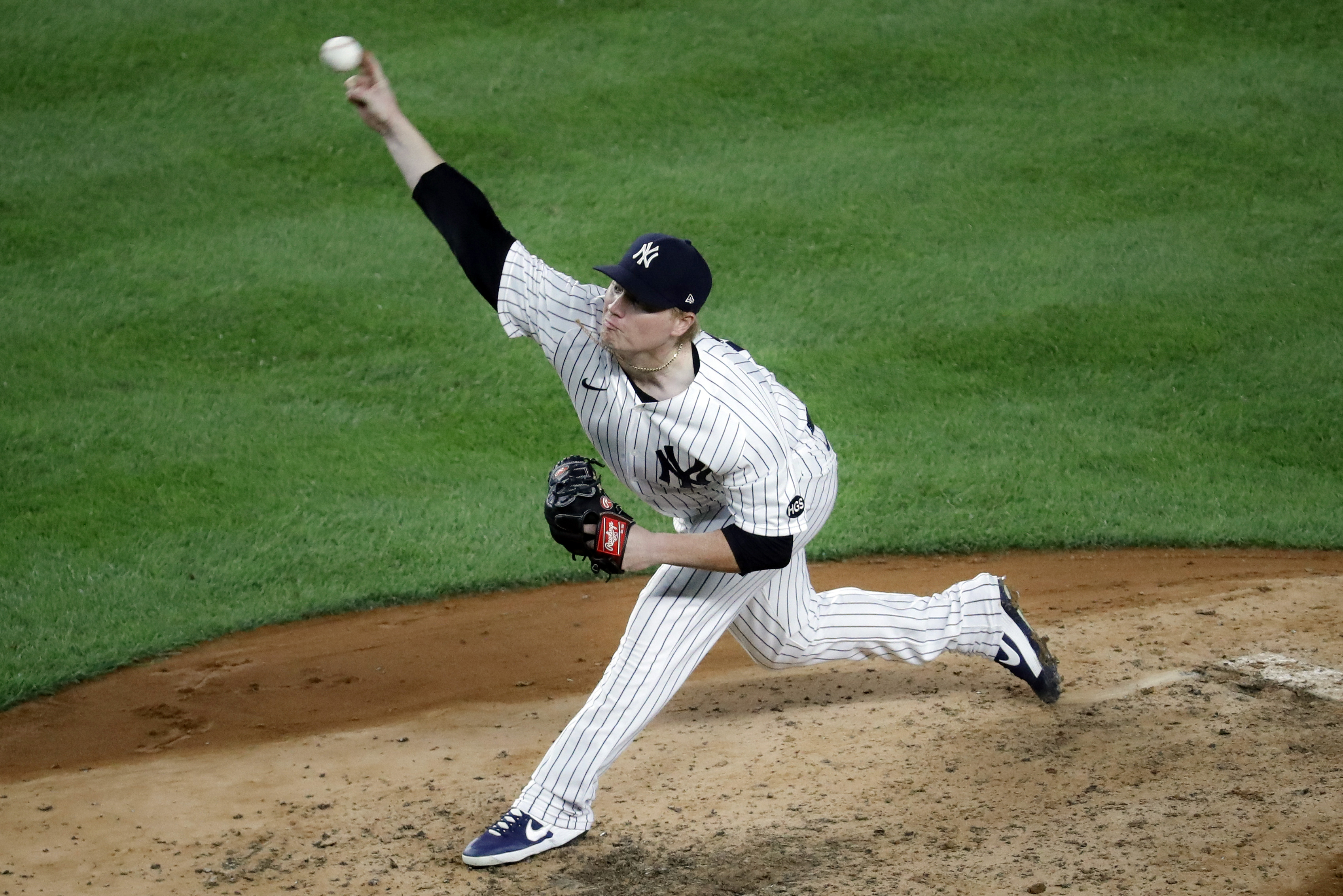 Aaron Boone announced the Yankees’ pitching plans earlier today, stating that Nick Nelson will open tonight’s game against the Rays. The Yankees also announced that they had recalled Michael King from their alternate site. King will follow Nelson, presumably after the latter has thrown an inning or two.

This clarifies the team’s designs for their rotation for the next week. Jordan Montgomery would have been on line to start the series opener, but the Yankees have said they want to give their starters some rest when possible. Using an opener tonight will bump Montgomery and the rest of the rotation back a day.

This should also allow King to get some good run in. The right-hander threw six scintillating innings of relief in the rubber game of the Yankees’ opening series, allowing just one hit and one walk against the Blue Jays. King was optioned shortly after, with the Yankees looking to keep a revolving cast of fresh arms in their bullpen at all times. Another strong outing from King could help him cement a more steady role with the big-league club.