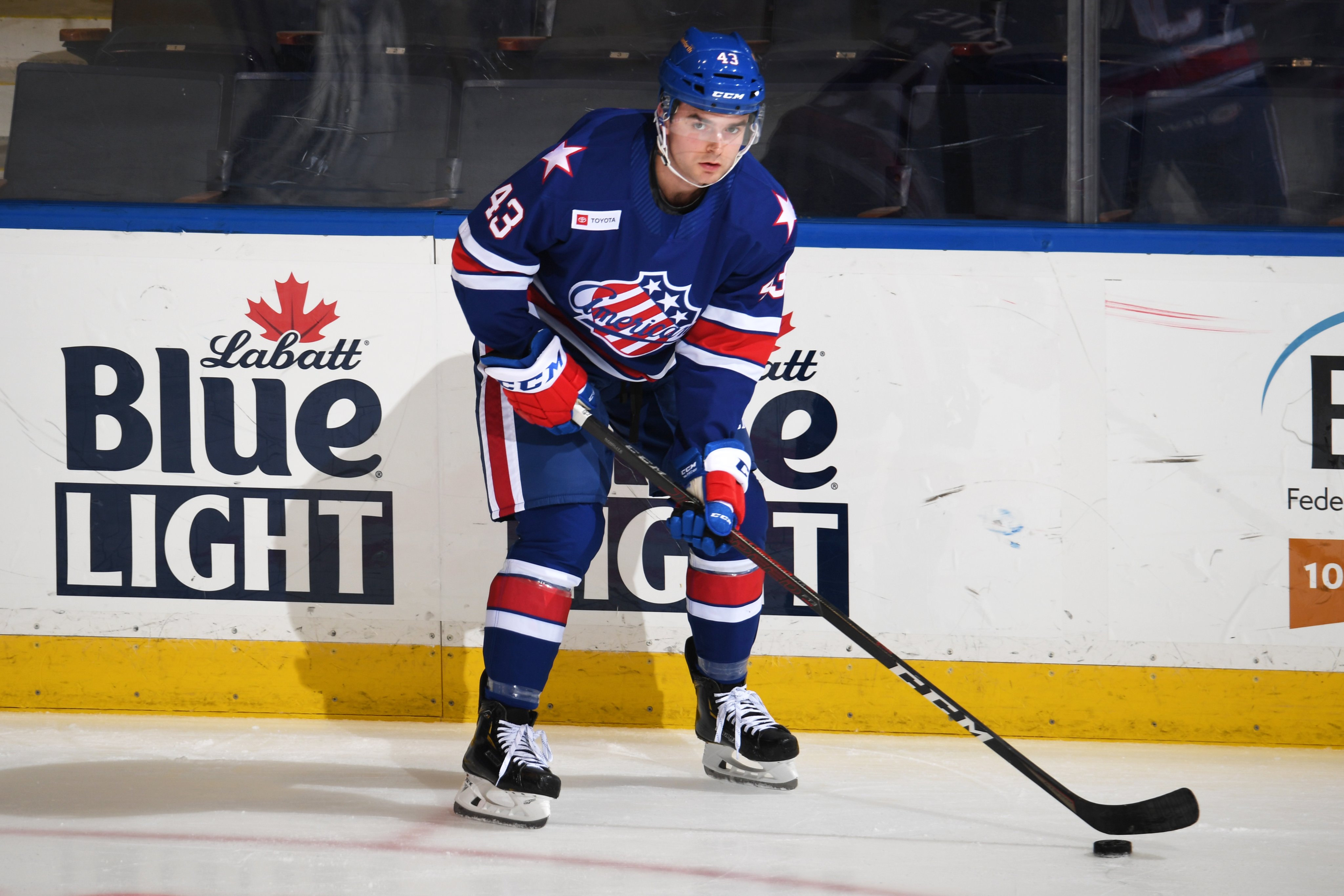 The Rochester Americans (8-7-2-1) opened a two-goal lead in the first period against the Cleveland Monsters (10-5-1-0), but were unable to hold onto the lead as the visitors scored four times in the final frame to come away with a 5-3 victory.

The contest, which was Rochester’s sixth straight home defeat, was the fourth of six scheduled meetings between the two teams this season and second of a three-game series. The Amerks, who boast a 30-10-4-4 record against the Monsters since the start of the 2011-12 season, opened the season series by way of a 7-3 victory while Cleveland has taken the last three meetings with the road team emerging victorious each time.

Rookie forward Jack Quinn tallied his first career two-assist game and second multi-point outing of his career while fellow linemate Michael Mersch also recorded a two-point effort with a goal an assist. Quinn has four points (1+4) over his last five games while Mersch extended his point streak to three games (2+2). Captain Steven Fogarty slipped in his team-leading seventh goal of the season in the third period while Ryan Jones scored his second of the slate. Brent Murray and Brent Gates Jr., who signed a professional tryout with Rochester yesterday, both recorded an assist.