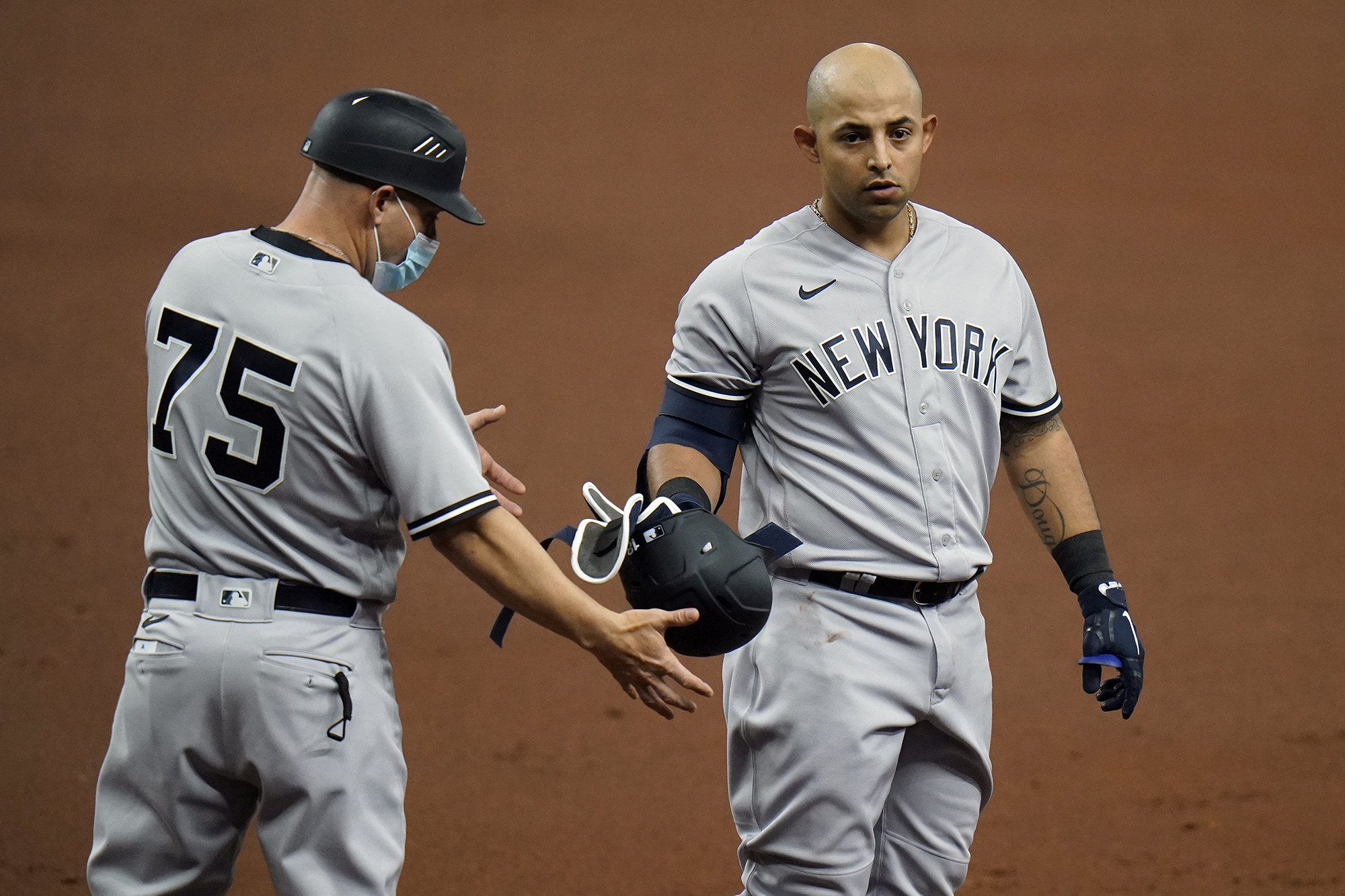 The Yankees arrived at Tropicana Field revisiting recent history, witnessing the on-field ceremonies as the Rays unveiled the American League pennant earned last autumn. They departed with hopes of making a statement, raising optimism that this year may feature a different conclusion.

Rougned Odor marked his Yankees debut with a go-ahead RBI single in the top of the 10th inning, part of a four-run frame that helped the Yankees salvage the finale of their three-game series with an 8-4, 10-inning victory on Sunday afternoon at Tropicana Field.

Gary Sánchez added a run-scoring single and Gio Urshela chased home two more runs with a single that bounced over the head of right fielder Manuel Margot. The rally served as atonement after the Yankees flushed opportunities in the eighth and ninth innings.

New York trailed by a run going to the eighth inning, when Aaron Judge and Giancarlo Stanton worked walks against Ryan Thompson. Gleyber Torres followed by lashing a game-tying single into left field, scoring Judge from second base. Before that hit, Torres had been 0-for-6 with five strikeouts with runners in scoring position this season.

Jordan Montgomery started for the Yankees and permitted four runs over five-plus innings, surrendering two-run homers to Mike Zunino and Randy Arozarena. Montgomery struggled to generate his usual brand of soft contact, pitching around five hits before turning the pitching over to Chad Green, who retired all seven men he faced.

Rays opener Brent Honeywell pitched two clean innings in his Major League debut, but Urshela put the Yankees on the board in the third inning, mashing a 453-foot drive to straightaway center field off Michael Wacha for a two-run homer. A third run scored against Wacha when Aaron Hicks grounded into a bases-loaded double play.