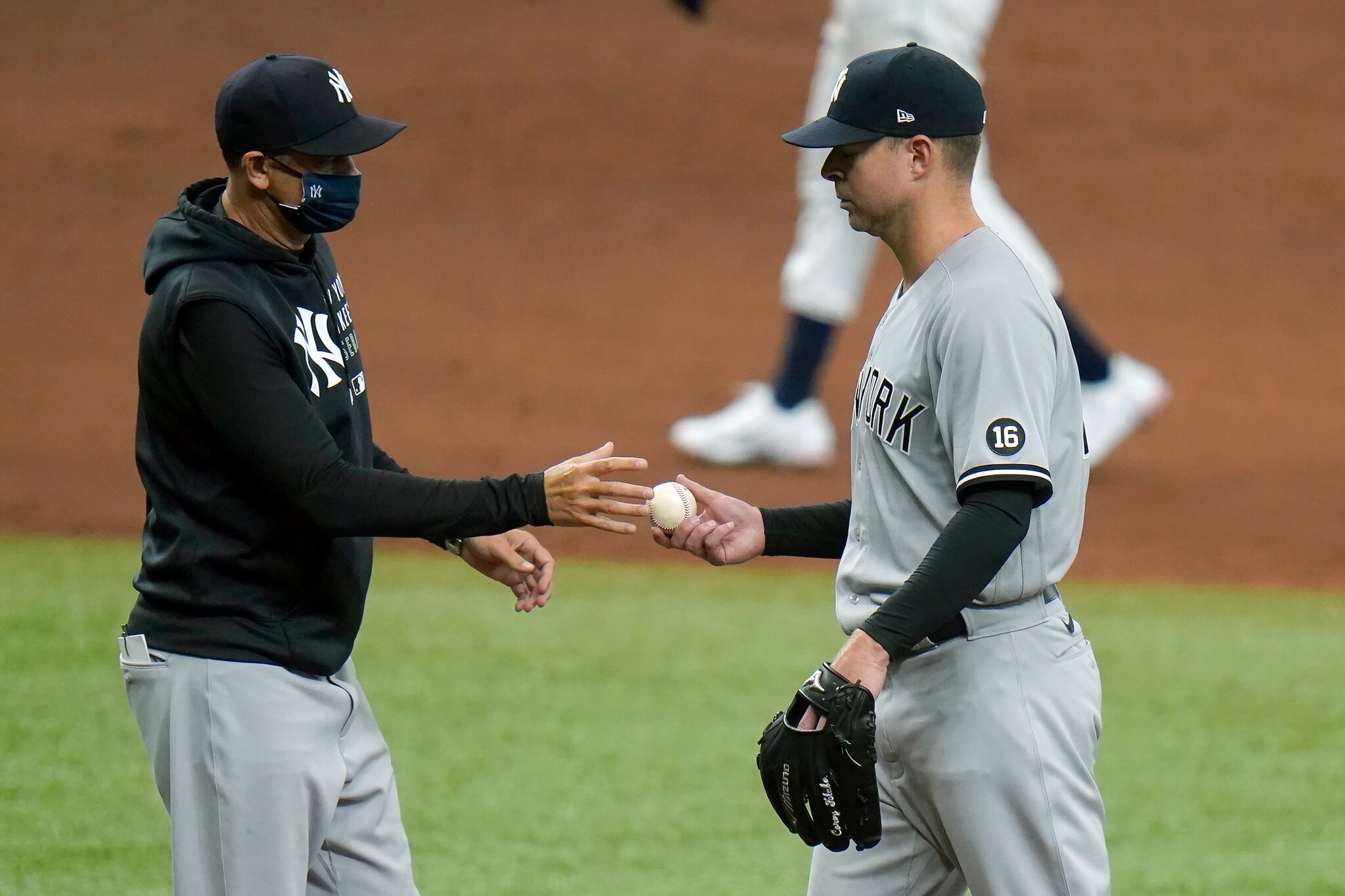 The Yankees dealt with injury on Friday in the form of Aaron Judge’s absence, and they added insult by watching the Rays reveal banners to celebrate their American League East title and AL championship.

Then the game started, and the Yankees were tormented by the Rays once again en route to a 10-5 loss.

Aaron Hicks mentioned pregame that the Rays are just another team “in our way,” and while that might be true, few teams can gouge the Yankees as severely as the reigning AL champs. It happened last year in the regular season, when Tampa Bay took eight of 10 matchups. It happened again in the postseason, when the Rays emerged victorious in a five-game AL Division Series clash.

And on Friday, in front of a reduced-capacity sellout crowd at Tropicana Field, it happened again when the Yankees watched their dazzling pitching staff surrender a bundle of runs for the first time this season.

Corey Kluber wasn’t around last year to see the Rays batter the Yankees, but he had a front row seat for it this time. The right-hander was chased after just 2 1/3 innings, having surrendered five runs (three earned) on five hits and two walks. Kluber faced some hard luck in the second, seeing three consecutive batters reach safely on balls with expected batting averages below .200, per Statcast. Two of those came around to score.

Kluber gave way to reliever Nick Nelson, who didn’t fare any better. Nelson entered a bases loaded situation with a 4-3 lead, and on his second offering, Joey Wendle scorched a two-run double to left. New York never recovered from there.

This marked the first time in 2021 that the Yankees’ pitching staff didn’t do enough to keep the team in the game. Entering Friday, the Yanks had the best ERA in the Majors (1.74), the best bullpen ERA in the AL (1.00), and they had allowed four runs or fewer in their first six games for the first time since 1964.

Offensively, Hicks offered one of the few bright spots by crushing a 406-foot homer in the third inning for his first extra-base hit of the season. But after Hicks’s blast, which capped the Yankees’ highest-scoring inning of the season (four runs), New York managed just one walk and no hits in its next 15 at-bats.