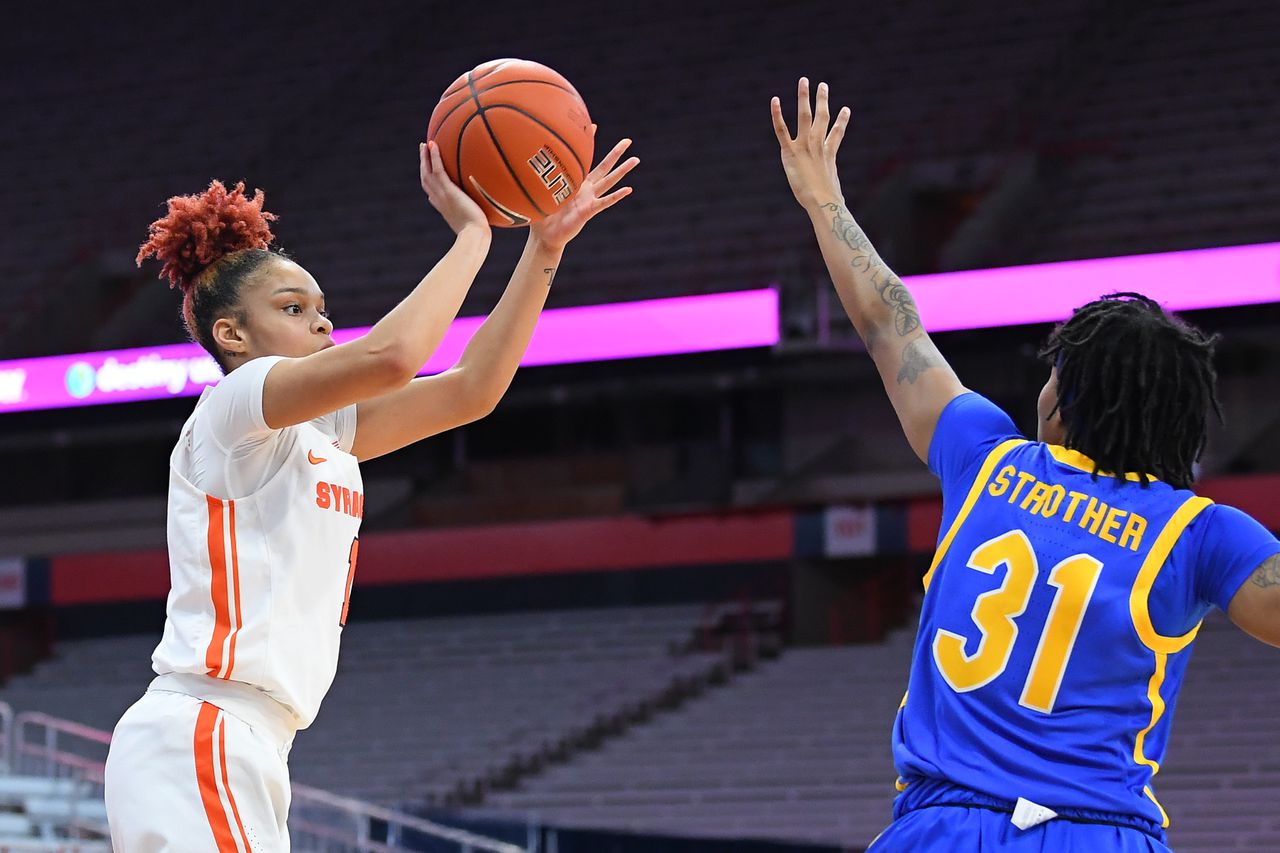 Former Syracuse guard Taleah Washington announced she’s transferring to Old Dominion in an Instagram post on Friday afternoon. Washington entered the transfer portal on March 26 and was among nine other current Syracuse players whose names were in the portal.

Washington was also one of the four Syracuse players who sat out of the ACC and NCAA Tournaments due to an unspecified violation of team rules. All four — including freshmen Kiara Fisher, Khamya McNeal and Faith Blackstone — are in the transfer portal, too. Washington played in 13 games for the Orange this season and averaged 1.6 points per game. In 2019-20, she averaged 3.2 points and 10.7 minutes per game.

Washington’s move to Old Dominion reunites her with former SU assistant coach DeLisha Milton-Jones, who’s now head coach of the Monarchs. Milton-Jones departed for the head coaching gig in 2020 after one season at Syracuse.

Earlier this week, Emily Engstler and Kiara Lewis announced their transfers to Louisville and Clemson, respectively. Washington becomes the third Syracuse player to announce her destination. Maeva Djaldi-Tabdi, Amaya Finklea-Guity and Digna Strautmane — among others — still remain in the transfer portal.