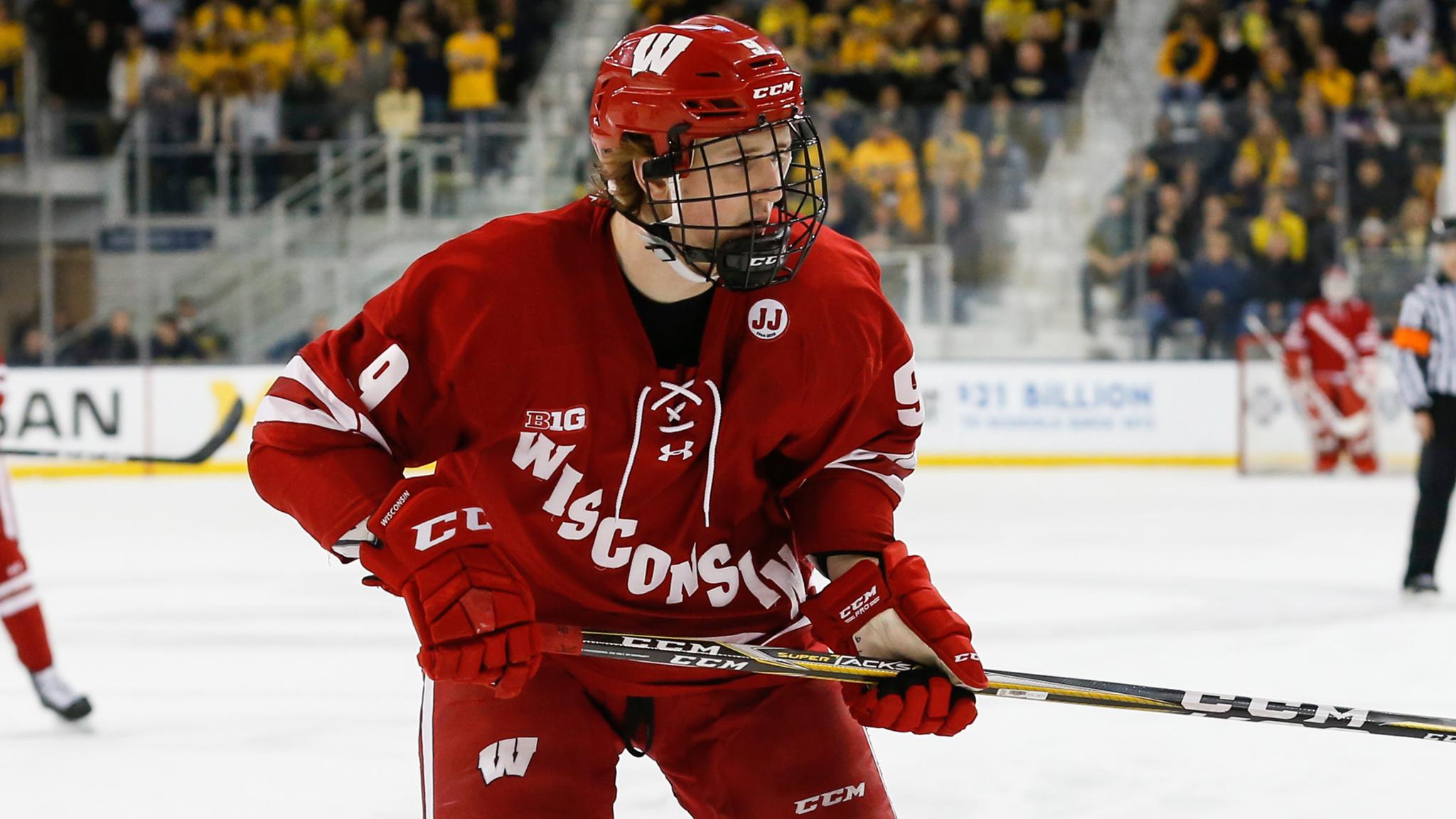 The Buffalo Sabres have signed forward Linus Weissbach to a two-year, entry-level contract, the team announced Tuesday. The contract begins in 2021-22.

Weissbach was selected by the Sabres during the seventh round of the 2017 NHL Draft (192nd overall). His senior season at the University of Wisconsin ended with the team’s elimination during the opening round of the NCAA Tournament on March 26.

Here are three things to know about the winger.

1. He excelled as a senior

Weissbach ranked among the top 10 in the NCAA in assists (29, 2nd), points (41, 3rd) and points per game (1.32, 8th) this season. He played on a line opposite Montreal Canadiens prospect Cole Caufield, who signed his entry-level deal on March 27.

Weissbach was named Second Team All-Big 10 and scored a power-play goal in the team’s lone game of the NCAA Tournament.

Watch the Badgers take on Bemidji live on ESPN2! pic.twitter.com/8OGPmpg4QQ

2. He has Sabres connections

Weissbach played at Wisconsin under head coach Tony Granato, the brother of Sabres interim head coach Don Granato. Don is a fellow Badgers alum, earning a national title as a junior in 1990.

The Sabres coach was asked for a scouting report on Weissbach during an appearance on WGR 550 last month.

Weissbach also has history with Sabres defenseman Rasmus Dahlin, with whom he was teammates in the Frölunda organization in Sweden.

We caught up with Tony Granato during Weissbach’s sophomore campaign in 2017. The coach described the 5-foot-8 forward as being “24-hours-a-day hockey” and revealed Weissbach’s tendency to come to the rink with clips of Johnny Gaudreau or Patrick Kane ready to review.

“I think he’s got the right mindset, mentality to understand that being an undersized player, there’s some things he has to do and commit to doing,” Granato said then. “He’s on his way to trying to be that player.”