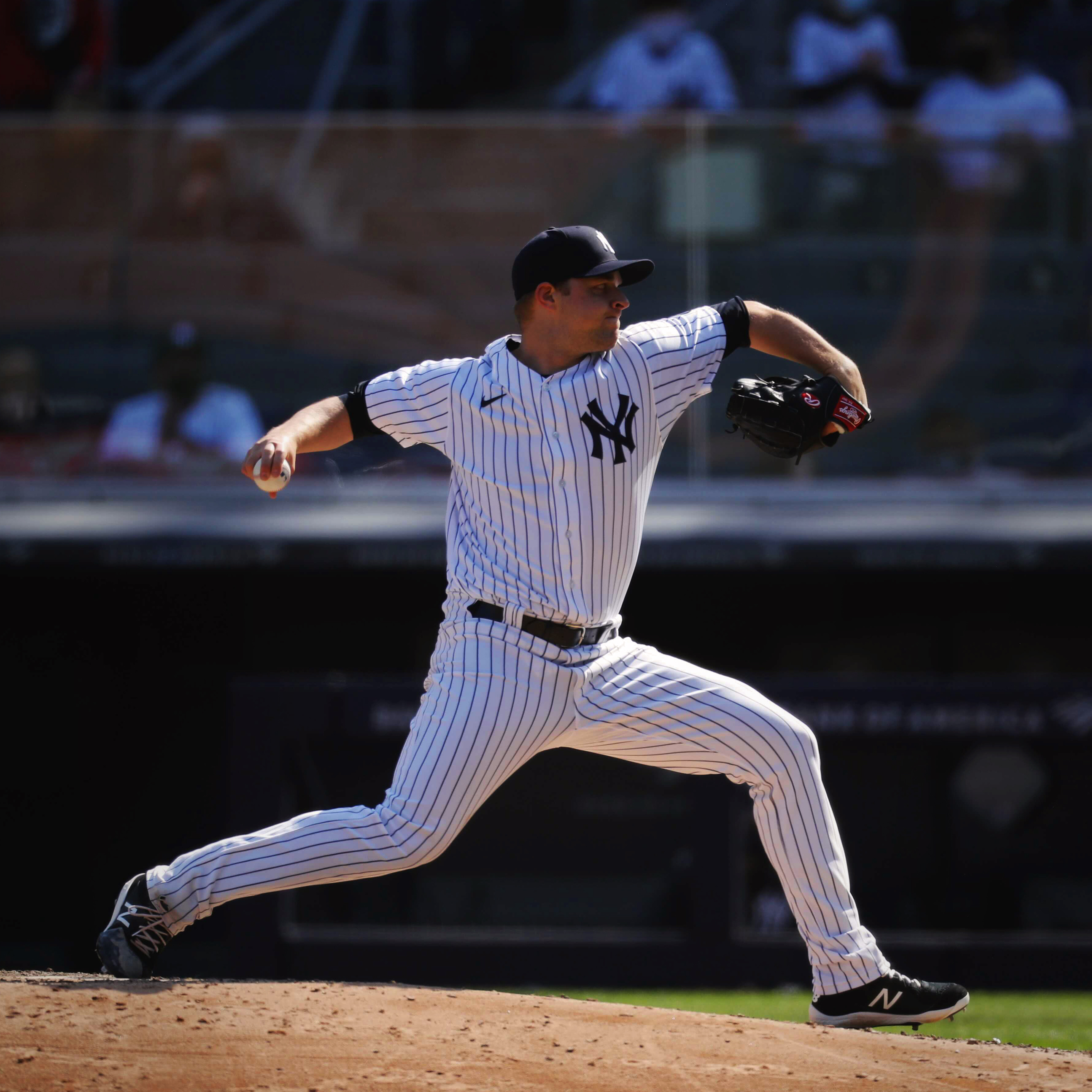 Three innings in, the Yanks were down three runs and turned to another young arm that they really like, and, wow, did Michael King impress. The righty worked one, then two, then three, then four, then fifth and then a sixth scoreless inning of relief, the last five of them perfect.

This sensational relief outing gave the Yankees a fighting chance, but turned out to a silver lining to a bad result. The Blue Jays won 3-1 and took the season-opening series two-games-to-1.

Germán set down the Blue Jays 1-2-3 on 12 pitches in the first, but allowed three second-inning runs on two homers. Vladimir Guerrero led off with an opposite-field blast in the right-field seats, Lourdes Gurriel Jr. followed with a single and Randal Grichuk went deep to left to make it a 3-0 ballgame.

Germán needed 68 pitches to get through three innings, and that’s when manager Aaron Boone turned to King, a 25-year-old who pitched to a 7.22 ERA out his first 10 big-league outings from 2019-20.

King, who also threw 68 pitches but twice as many innings as Germán, ran into a jam right away when the Blue Jays fourth started with a four-pitch walk and a single. But King got out of the mess, which included Toronto loading the bases on a two-out catcher’s interference, then he amazingly worked 1-2-3 innings from the fifth through the ninth.

This was a bullpen-saving performance from King, who became the first Yankees reliever to work six-or-more innings of relief allowing one or no hits since lefty Bob Shirley on Sept. 21, 1986.

The Yankees scored their only run in the fifth inning when Clint Frazier got a hustling double on a blooper behind first that dropped in, went to third on a flyout and scored on Gardner’s grounder to second.