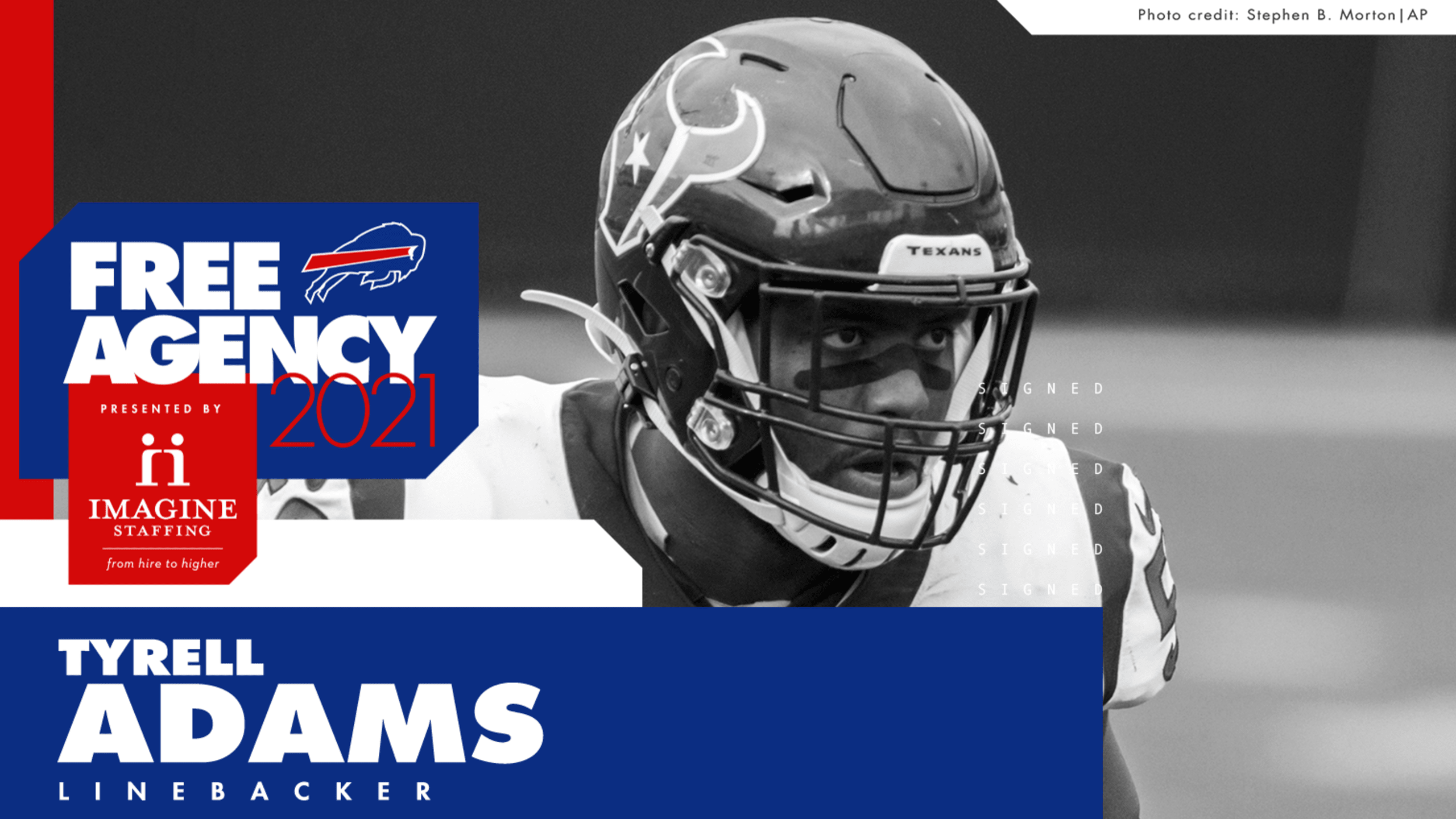 The Buffalo Bills have signed linebacker Tyrell Adams to a one-year deal.

Adams also spent two seasons with the Raiders from 2016 to 2017. He was picked up by the Seattle Seahawks in 2015 as an undrafted rookie free agent out of West Georgia. Adams spent time with the Seahawks and Chiefs during his first season in the NFL.