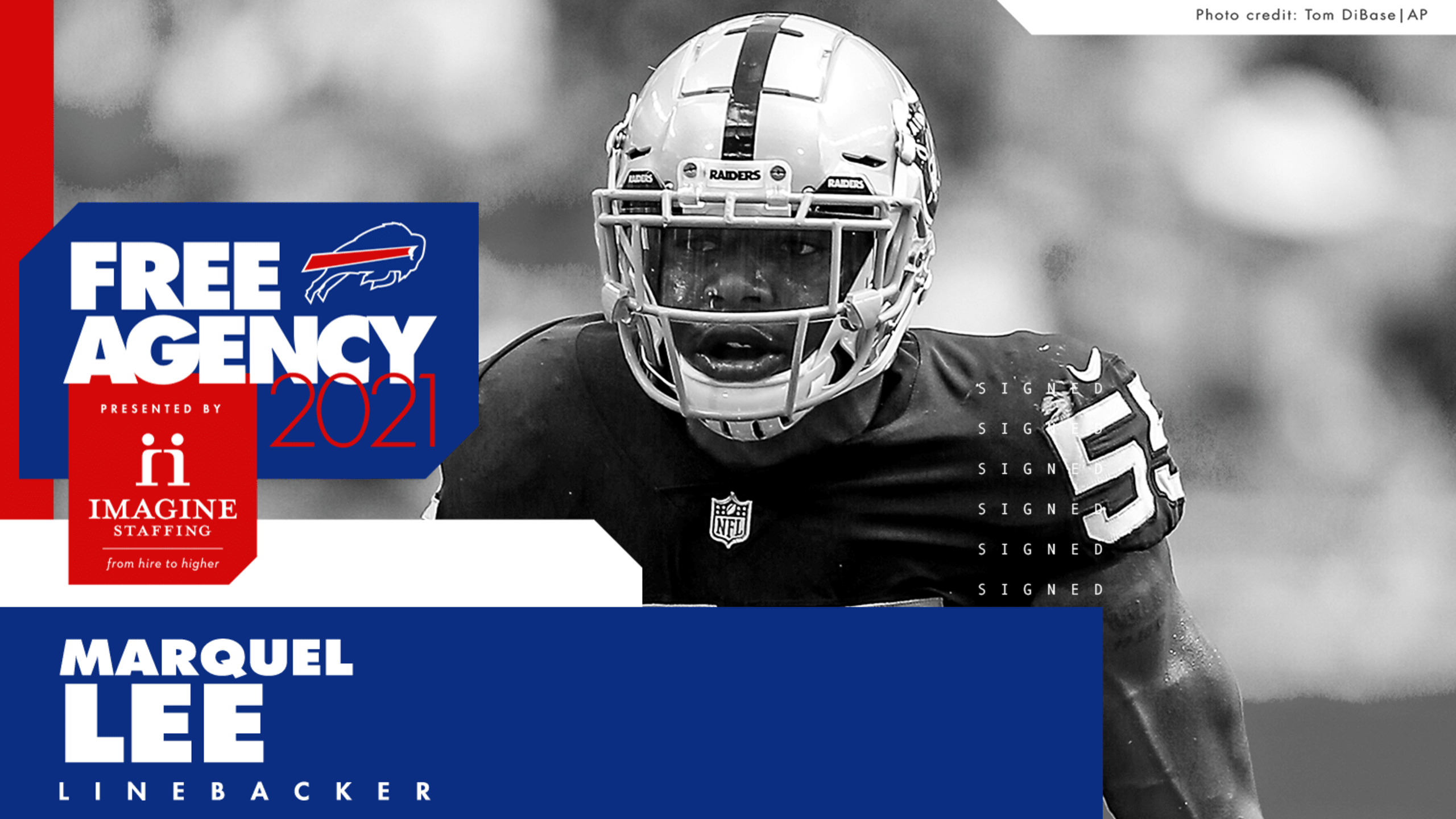 Lee comes to Buffalo after spending the last few seasons with the Raiders. The linebacker last played in five games in 2019. He started in 10 during the 2018 season where he recorded a career-high 58 tackles and three passes defensed.

During his 34 career appearances, Lee has totaled 93 tackles. He was drafted by the Raiders in the fifth round of the 2017 NFL Draft out of Wake Forest. He is a native of Waldorf, MD.