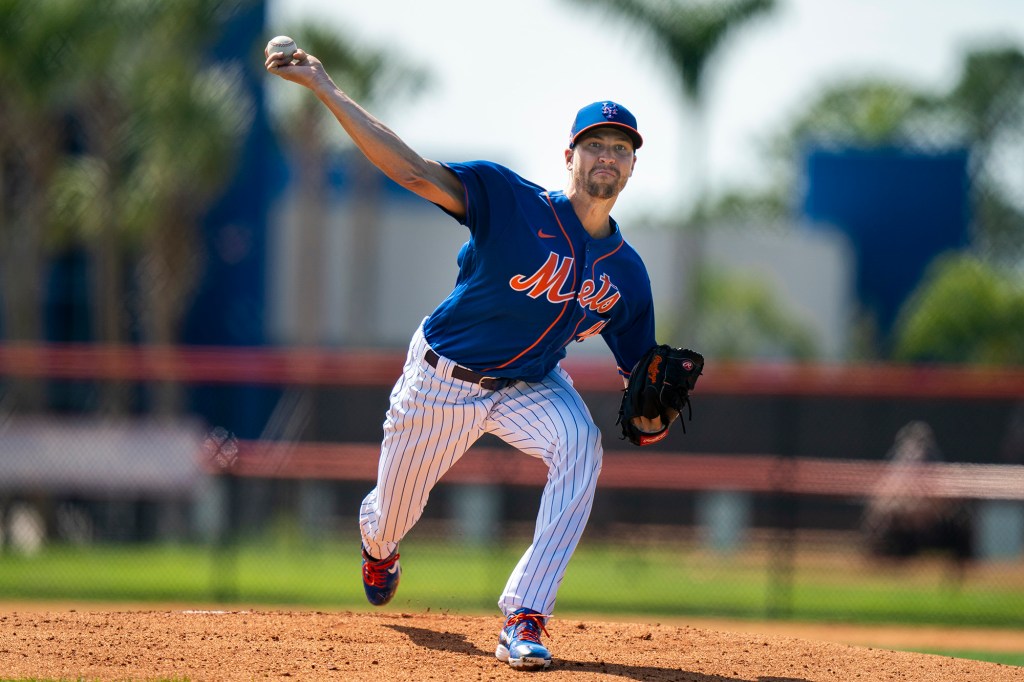 Mets manager Luis Rojas has announced the starting rotation order for the first week of the 2021 MLB season.

It was already known that Jacob deGrom would start Opening Day (obviously) against the Washington Nationals, and Rojas said earlier this week that Marcus Stroman would be the No. 2 starter.

On Tuesday, Rojas revealed that David Peterson would be the No. 3 starter to begin the season in order to break up the two left-handers — something we predicted on March 26 in our final 26-man roster prediction.

After Peterson, Taijuan Walker slots in.

With the Mets being off the day after Opening Day, it allows them to bring deGrom back on regular rest next Tuesday against the Phillies in Philadelphia — something Rojas indicated is the plan.

Rojas said the starter next Wednesday against the Phillies is TBA, but added that it will likely be Joey Lucchesi or an opener.

Here’s how things shake out:

Without Carlos Carrasco, who is recovering well from a torn right hamstring, both Peterson and Lucchesi — who had been battling for the No. 5 spot — made the rotation.

In addition to Carrasco, Noah Syndergaard (Tommy John surgery) is also working his way back.