March 20 game between Sabres and Bruins rescheduled for April 20 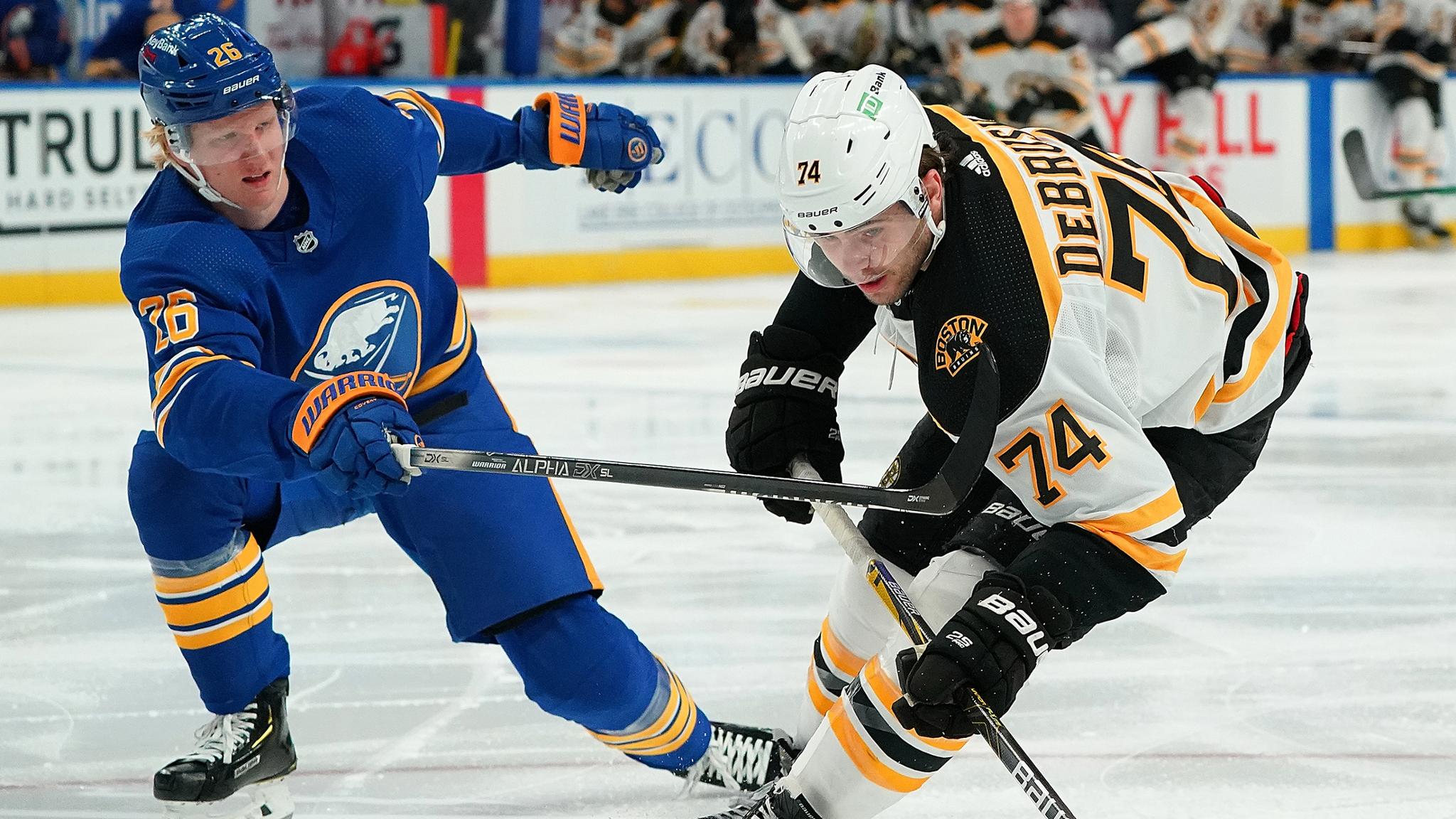 The Buffalo Sabres’ game against the Boston Bruins originally scheduled for Saturday, March 20 will now be played on Tuesday, April 20 at 7 p.m. at KeyBank Center. The NHL announced the new date along with 18 other rescheduled games Sunday evening.

The March 20 contest was postponed after four Bruins players joined Sean Kuraly in the NHL’s COVID-19 protocols on March 19.

The game moving to April 20 sets up a stretch of three games in a row against Boston at KeyBank Center. The two clubs were already scheduled to play back-to-back games on April 22 and 23 in Buffalo.

It also extends Buffalo’s homestand during that time to five games over seven days (April 17-23).

Buffalo’s next game is Monday night at home against the Philadelphia Flyers. Faceoff is at 7 p.m. on MSG and WGR 550 with pregame coverage on MSG beginning at 6:30.