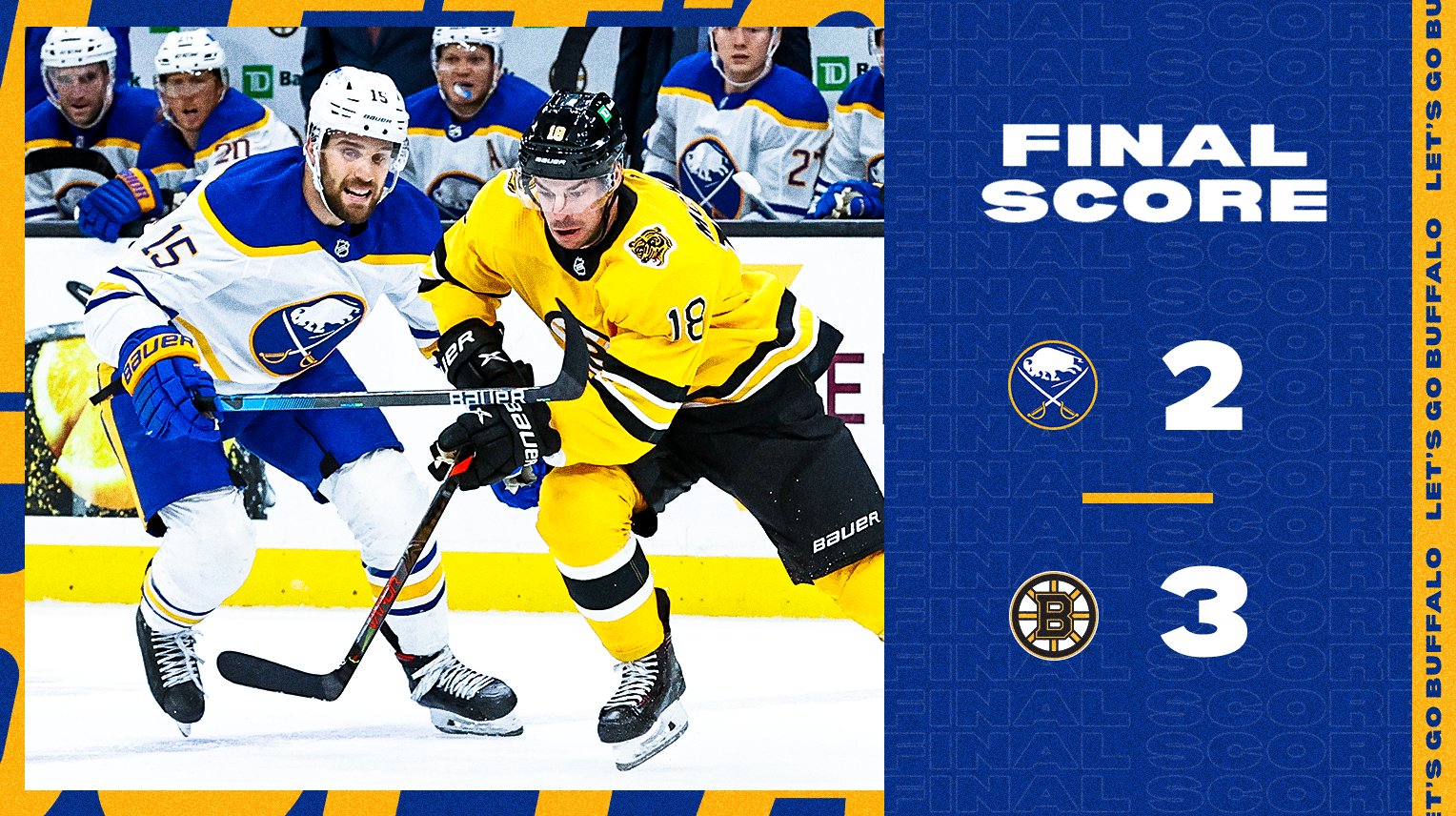 Linus Ullmark and Kyle Okposo returned to the Buffalo Sabres’ lineup Saturday afternoon and made a positive impact, but the Boston Bruins scored twice in the third period to win 3-2 at TD Garden.

Craig Smith scored with 3:50 left in regulation as the Bruins handed the Sabres their 17th-straight loss.

Ullmark, making his first start in net since a lower-body injury on February 25 sidelined him for 15 games, was stellar between the pipes and stopped 33 shots.

Okposo and Sam Reinhart scored for Buffalo. Okposo had missed the past three games with an upper-body injury and has now scored in back-to-back games.

Buffalo scored its first power-play goal in 16 games, snapping an 0-for-28 slump. The team finished 1-for-3 with the man advantage and 5-for-5 on the penalty kill.