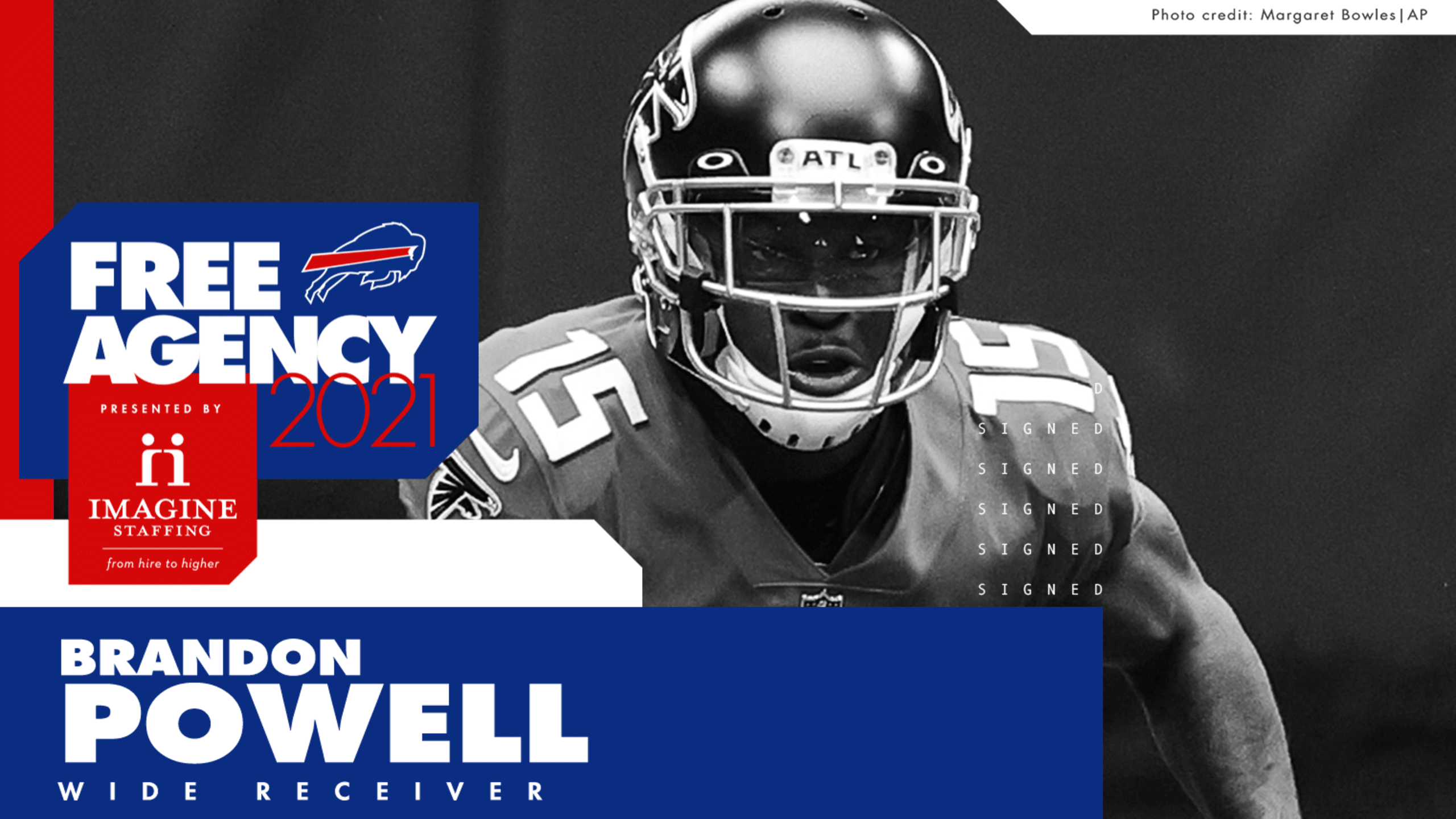 The Buffalo Bills have signed wide receiver and returner Brandon Powell to a one-year deal.

Powell spent the 2020 season playing for the Atlanta Falcons. In 15 games, Powell returned 17 punts for 152 yards and 17 kickoffs for 343 yards. His longest return last year was a kickoff return for 29 yards. Powell also caught 12 passes for 69 yards and scored two touchdowns.

Powell spent 2019 with the Falcons on the practice squad and active roster. In his 21 career games, he has recorded 23 catches for 198 yards and two touchdowns.

He was signed by the Detroit Lions as an undrafted rookie free agent out of Florida in 2018.