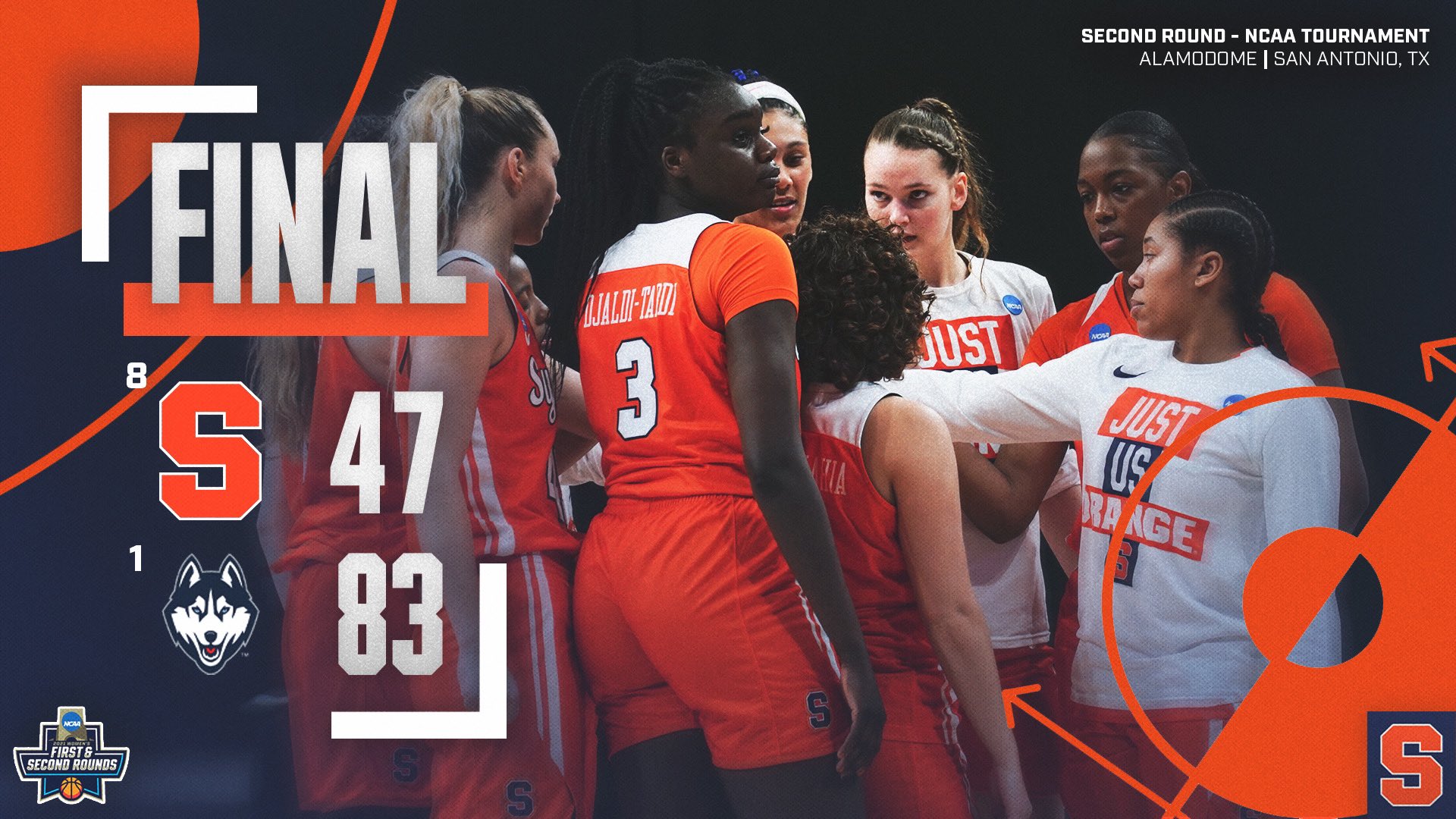 The Syracuse Orange women’s basketball team lost to the No. 1 UConn Huskies in the NCAA Tournament Round of 32 at the Alamodome, 83-47. Syracuse ends its season with a 15-9 overall record. It was the final game in Orange and White for All-American Tiana Mangakahia. Kiara Lewis, Digna Strautmane, Amaya Finklea-Guity, and Maeva Djaldi-Tabdi have not yet announced whether they plan to return to Syracuse next season.

A season we will never forget.

Thank you for the support, Orange Nation. We can’t wait to SEE you next season 🧡🍊 pic.twitter.com/WW3ZjfrBbT