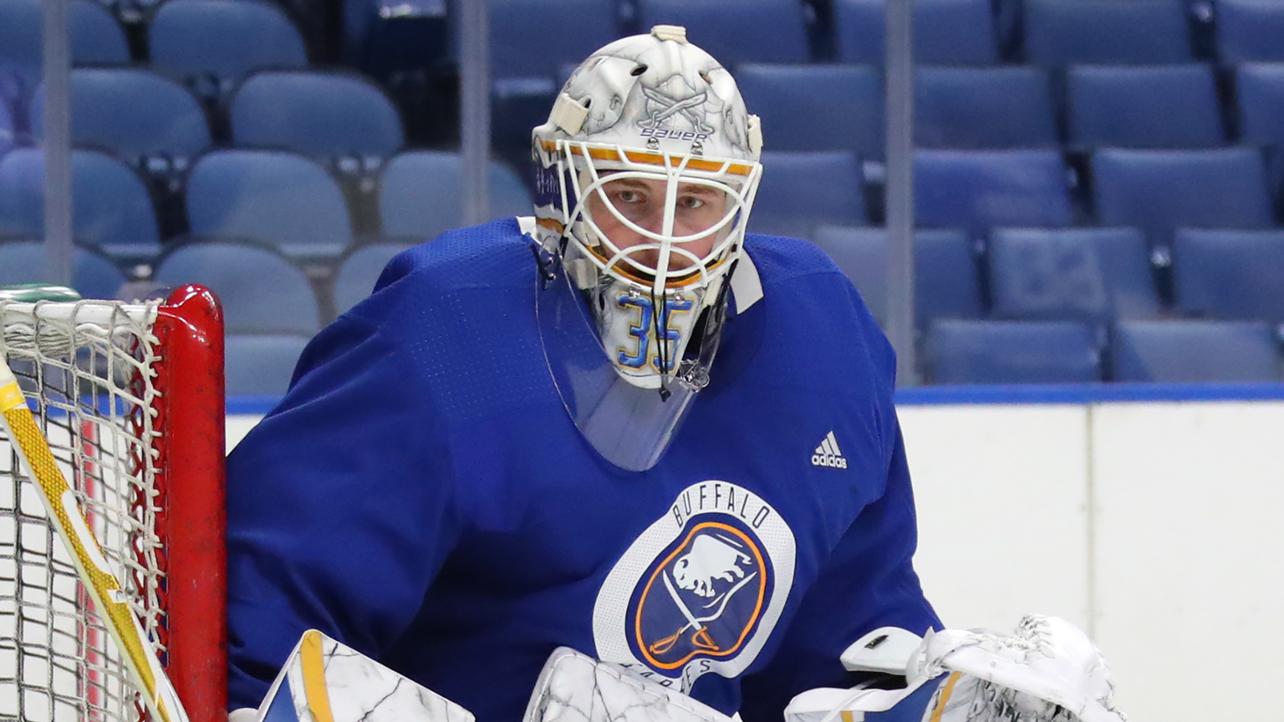 Linus Ullmark is back on the ice with the team today ? pic.twitter.com/GRpZSqEkxq

Ullmark isn’t expected to play during Buffalo’s current four-game road trip, but he could be ready to return as soon as Monday against the Flyers. That’s great news for the Sabres, as Carter Hutton just exited Monday’s loss to the Rangers with what appeared to be a significant lower-body injury. Ullmark, who’s gone 5-4-2 while posting a 2.43 GAA and .919 save percentage this year, has been sidelined since Feb. 25 with a lower-body issue.