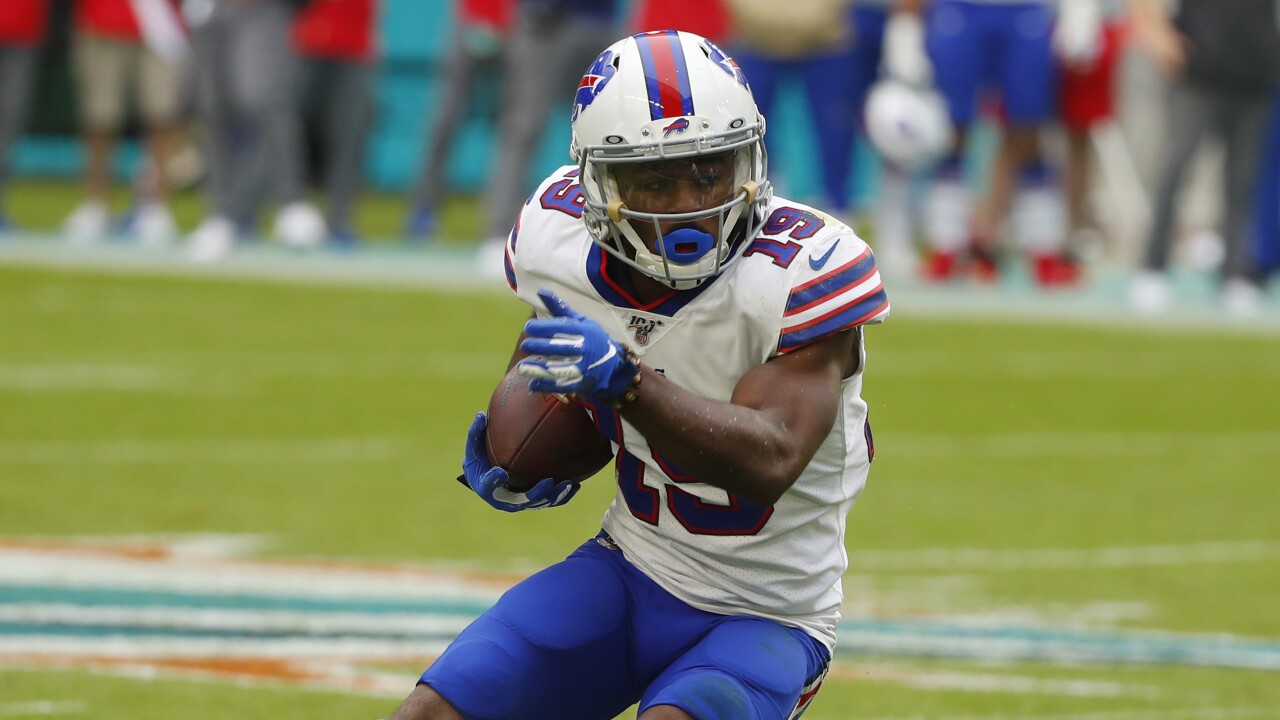 Although there’s been no official announcement from the team, the wide receiver’s agency tweeted that he will be re-signing with the club.

McKenzie followed it up with a tweet of his own, indicating a return to Buffalo.

McKenzie came to the Bills in 2018 after the team claimed him off waivers from the Denver Broncos. He’s been a versatile role player in Buffalo ever since, including as a receiver who could threaten the defense a couple of different ways.

Last season, McKenzie was used on several jet sweeps (which were actually counted as receptions because they were tossed in front of Josh Allen), and a reliable target in the passing game overall, finishing with 30 catches for 282 yards and five touchdowns. Those numbers accounted for the best season of his career in each category.

McKenzie can also be used in the return game, and had the team’s only return for a touchdown last season when he took a punt return 84 yards for a score in the regular season finale against the Miami Dolphins. That score was one of three on the day for McKenzie, who also caught two touchdown passes from Allen.

All-Pro return specialist Andre Roberts was an unrestricted free agent and signed with the Houston Texans. This meane McKenzie will most likely have a legitimate shot to earn the role as team’s regular return man in 2021.

In addition, McKenzie also threw a 12-yard touchdown pass to Allen this past season in the team’s Week 10 loss to the Arizona Cardinals.