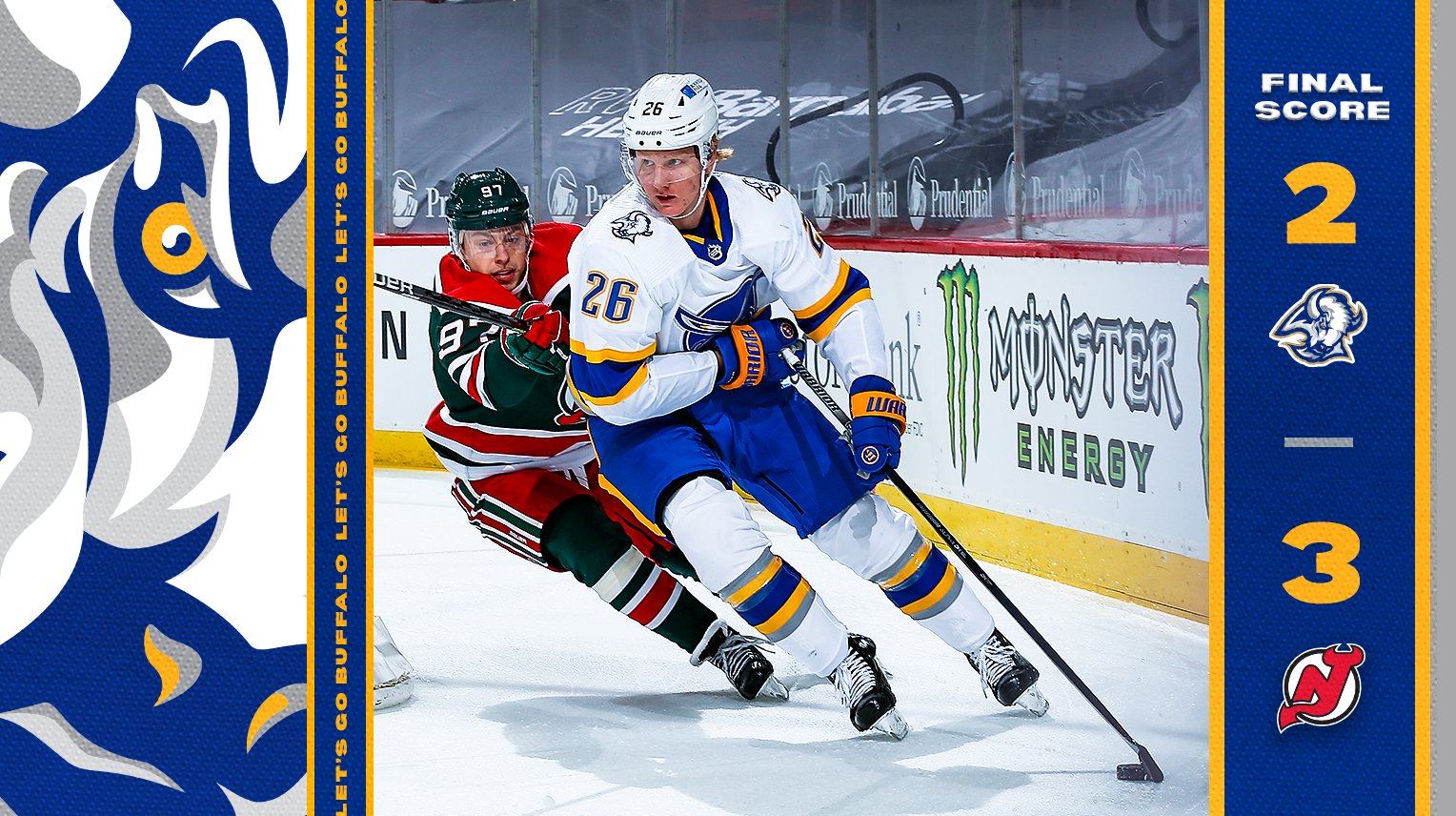 Tobias Rieder and Jeff Skinner scored for the Sabres while Jonas Johansson made 25 saves.

The Sabres led 2-1 in the second period. Miles Wood broke a tie early in the third period to give the Devils a lead they would not relinquish.

Mackenzie Blackwood stopped 33 shots, including a few huge stops in the final minute of regulation. Yegor Sharangovich and Sami Vatanen also scored for the Devils.

The Sabres entered the game having been shut out in each of their last two games. That streak ended at 177:27 when Rieder scored to tie the game in the second period.

Buffalo went 0-for-2 on the power play with no shots and 2-for-3 on the penalty kill.