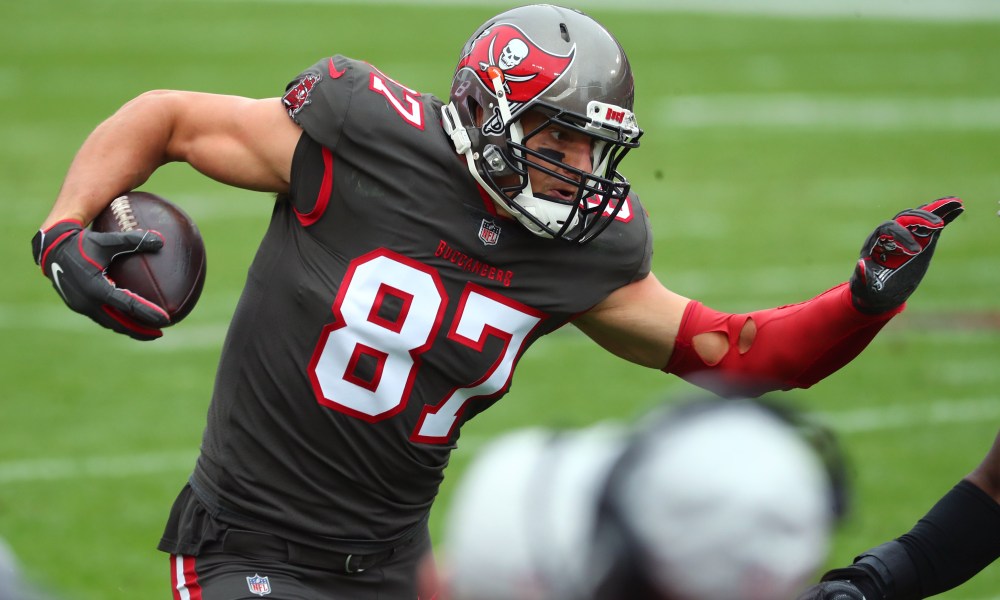 Buffalo native Rob Gronkowski decided that going for a second title with the Tampa Bay Buccaneers was a better opportunity than joining his hometown Bills, according to a report.

Per NFL Network’s Michael Silver, Gronkowski, who signed a one-year, $8 million deal worth up to $10M in incentives recently with the Bucs, received a similar offer from the Bills.

Before re-signing with the Bucs, Rob Gronkowski considered a similar offer from the Bills… his hometown team. I'd expect the Bills to add a tight end at some point.

Gronkowski, 31, retired from football after the 2018 season and returned with the Bucs and went on to win the Super Bowl with his pal Tom Brady last year. Gronk caught two touchdown passes in the game.

Overall, Gronkowski showed he still had something left in the tank last year. He played in all 16 games for Tampa, catching 45 passes for 623 yards and seven touchdowns.

At his end of season press conference, Bills general manager Brandon Beane mentioned wanting to improve his team’s tight end position this offseason. Buffalo’s Dawson Knox has left a little to be desired so far in his career.

Consider his age, maybe Gronkowski could eventually play for his hometown team down the road, but it’s not happening in 2021.

But if approaching Gronkowski did happen, then it’s clear the Bills do have that desire to add to their tight position at some point this offseason, even potentially during free agency. The NFL’s legal tampering period opened on Monday.