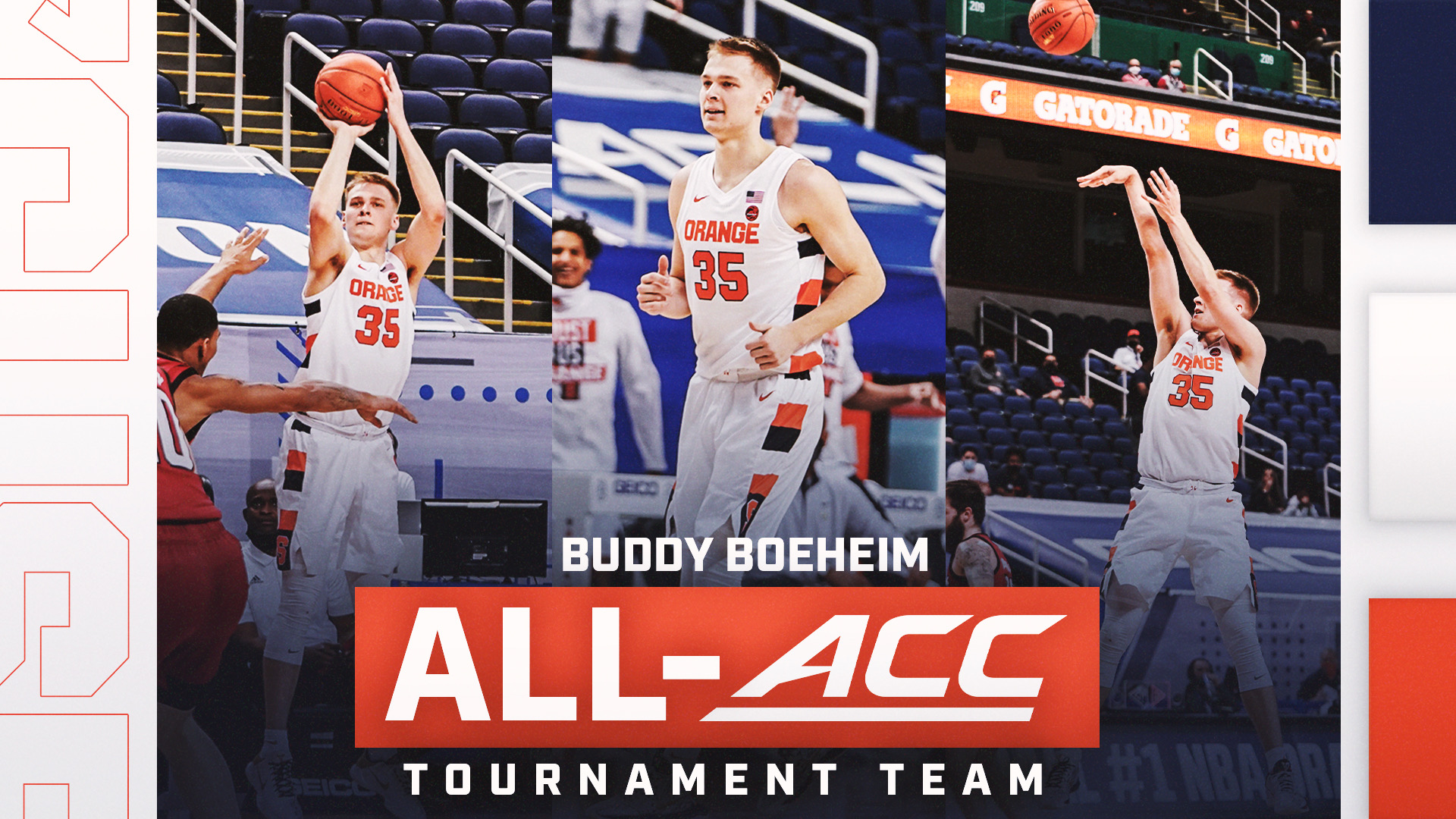 Syracuse junior guard Buddy Boeheim was named to the ACC All-Tournament First Team Sunday afternoon. Boeheim was one of five players to receive that honor. He is the first SU player ever to be named First Team in the postseason conference tournament.

Boeheim averaged 29 points in SU’s two ACC tournament games. He was the leading scorer in both of them and had a career-high 31 points against it’s loss to No.1-seed Virginia.

This group balled this week ?

Michael DeVoe is our MVP after scoring 20 points in tonight's championship game ? pic.twitter.com/cLTTaO4eOM