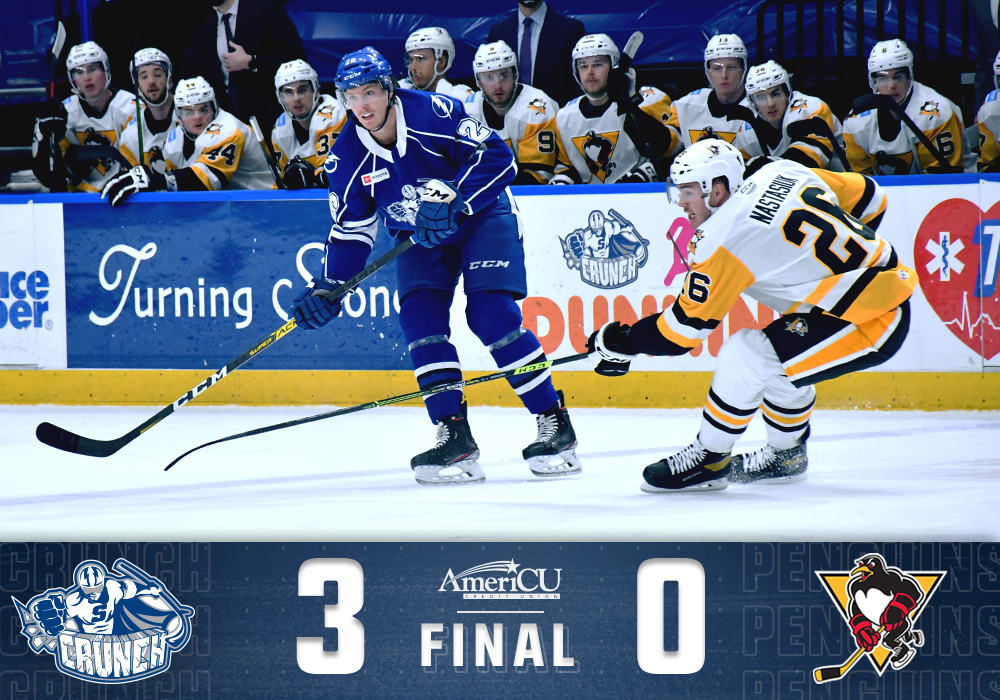 The Crunch potted all three goals in the second period, while Montembeault turned aside all 37 shots he faced. The win advances the Crunch to 4-5-1-0 on the season 2-1-0-0 in the six-game season series against the Penguins.

Syracuse was 0-for-2 on the power play, but went a perfect 6-for-6 on the penalty kill.

After a scoreless first period, Daniel Walcott opened scoring at 11:30 of the middle frame when he was in the slot to redirect Ben Thomas’s right-point shot across the goal line. At 16:10, Otto Somppi sped in on a 1-on-1 and fired a shot that was stopped by Emil Larmi, but he found his own rebound and chipped it in. A minute later, Thomas netted a wrister from the right circle.

The Crunch held their lead to down the Penguins in their second consecutive meeting. The Crunch travel to Rochester to face the Amerks on Wednesday.