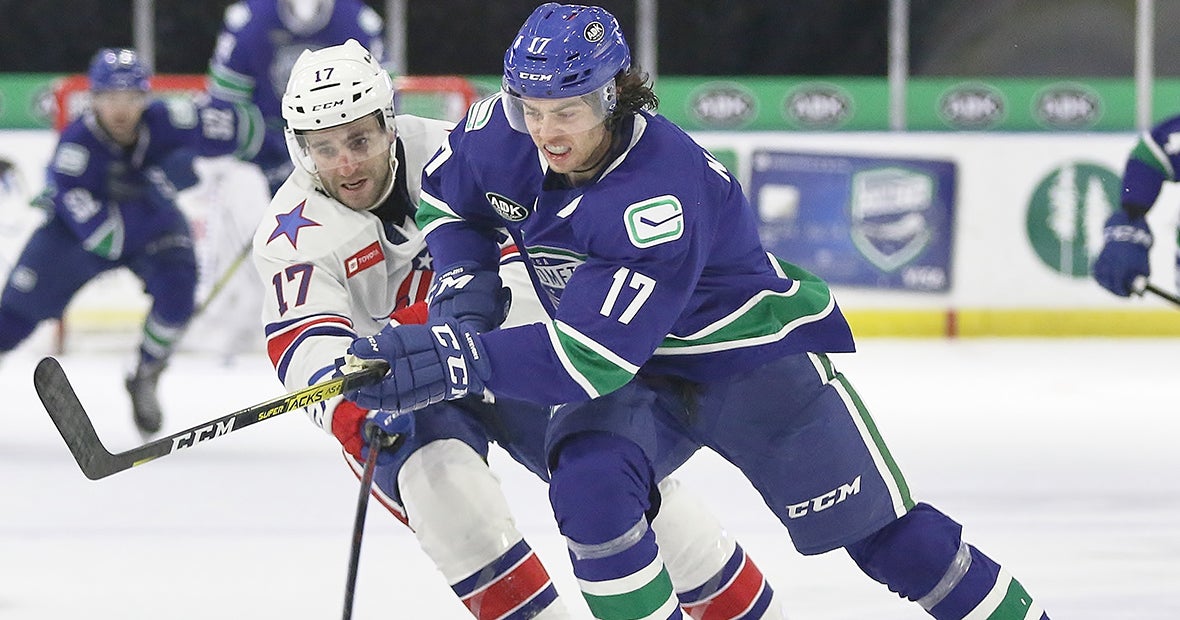 Despite coming back from a two-goal deficit, the Rochester Americans (6-3-0-1) fell 3-2 in their second shootout effort of the season to the Utica Comets (6-2-0-1) Wednesday night at the Adirondack Bank Center.

Forward Jack Quinn (1+0) scored his first professional goal late in the second period to ignite the comeback and defenseman Griffin Luce (0+1) recorded his first point as an Amerk – and first in the American Hockey League – with an assist on Rochester’s game-tying goal. Arttu Ruotsalainen (0+1) extended his point streak to four games with an assist and Brett Murray(0+1) found himself on the scoresheet for the sixth game this year with a helper as well.

Rookie goaltender Ukko-Pekka Luukkonen (5-2-1), who made his fifth straight and seventh in the last eight games for Rochester, finished with 35 saves in the loss.

The Comets early tallies came from Jonah Gadjovich (1+0) and Hugh McCing (1+0) to put the hosts up 2-0 in the first. Josh Teves (0+1), Mitch Eliot (0+1) and Lukas Jasek (0+1) all added assists on the night to help push Utica past Rochester. Gadjovich now has eight goals in nine games this season, including six against the Amerks.

Jake Kielly (3-1-0) earned his first start of the season against Rochester, stopping 32 of 34 shots he faced.

And just like that, Jack Quinn makes it a one-goal game with his first professional marker. 🥳

Just 1:53 into the final frame and we're all tied up thanks to this beaut from Michael Mersch. 🙌