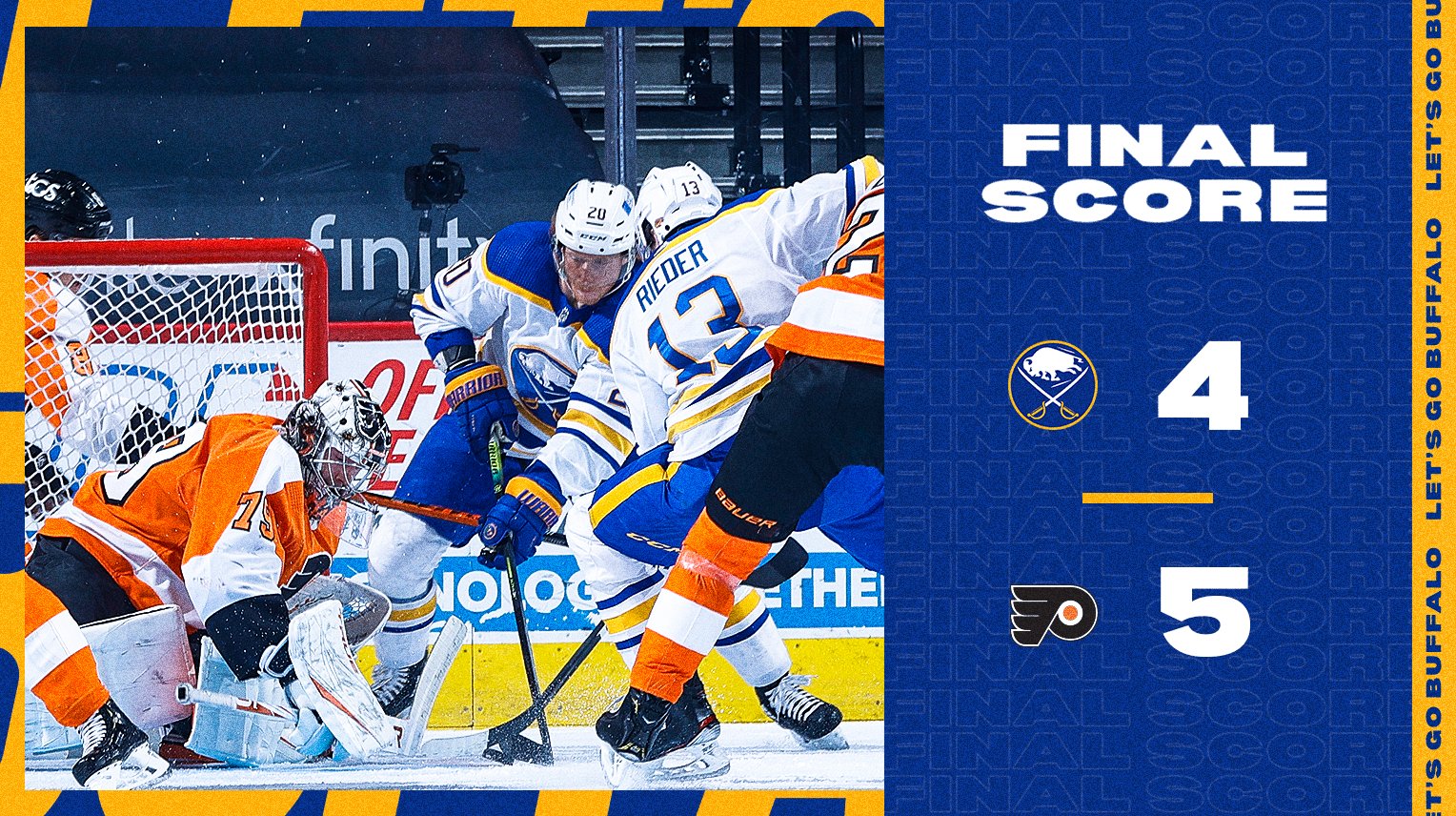 It wasn’t pretty, but the Buffalo Sabres managed to earn a point Tuesday night in a 5-4 shootout loss against the Philadelphia Flyers at Wells Fargo Center.

Sam Reinhart led the way for Buffalo with his second two-goal game of the season. Riley Sheahan and Brandon Montour also scored for the Sabres.

Jonas Johansson made 29 saves through regulation and overtime.

Carter Hart allowed three goals on eight shots to start the game. He was replaced by Brian Elliott at the start of the second period and he made 11 saves on 12 shots. Elliott added two more saves in the shootout. He’s now 16-2-2 against the Sabres in his career.

Buffalo had a pair of two-goal leads, but the Flyers chipped away to force overtime. The Sabres are now 0-6-2 over their last eight games and wrap up their five-game road trip with an 0-4-1 record.