Mets’ Jose Martinez has torn meniscus, will be out at least four months 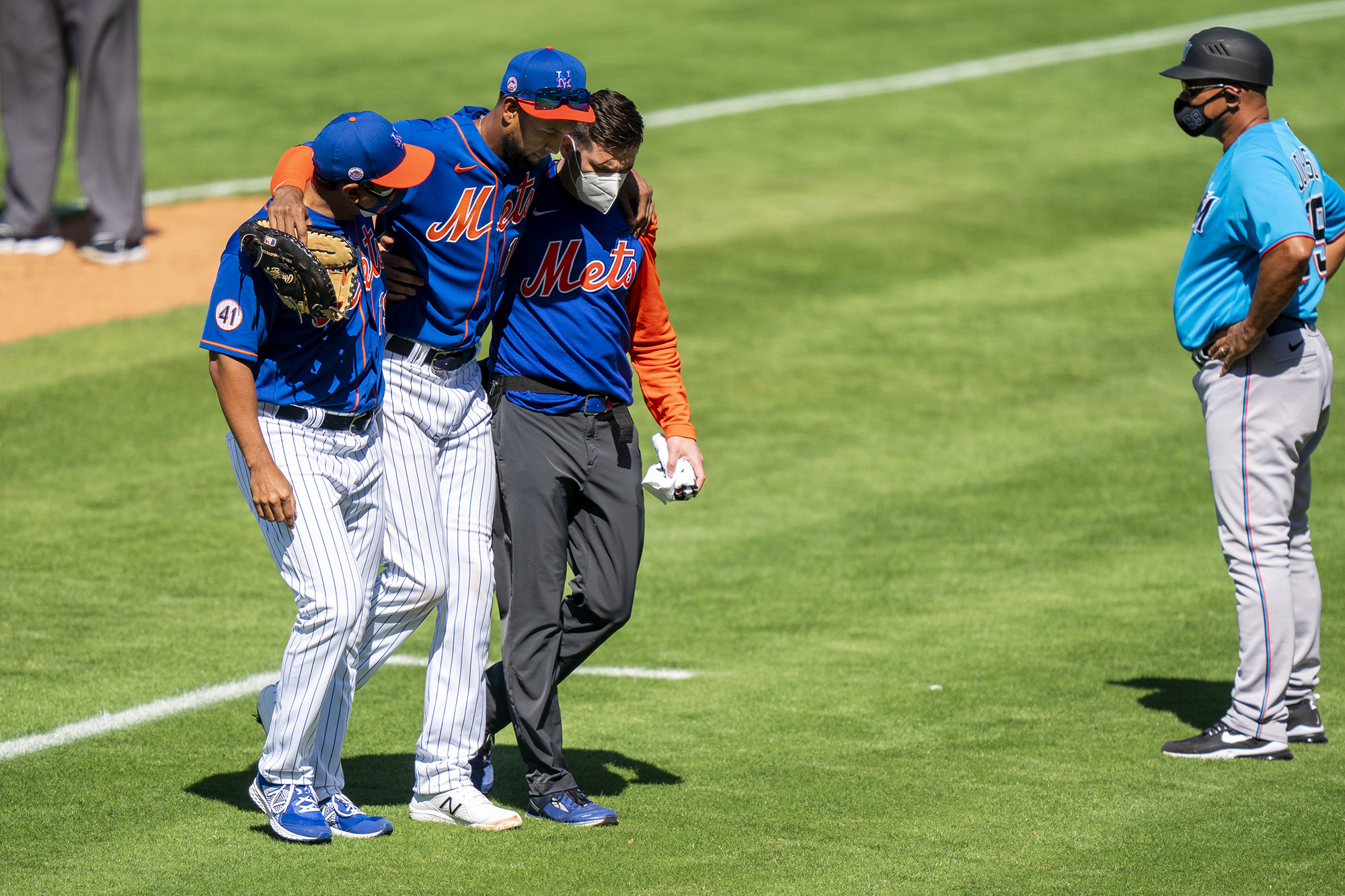 The Mets lost a piece of their position-player depth on Monday, when an MRI on José Martínez’s left knee revealed a torn meniscus. Martínez will undergo surgery this week and will miss approximately four months of the season, according to manager Luis Rojas.

The Mets had signed Martínez to a split contract over the offseason, with plans to have him compete for a job on their Opening Day bench. But Martínez injured himself chasing after a batted ball in Sunday’s game against the Marlins, planting his leg awkwardly as he sought to avoid a collision with umpire Greg Gibson. He needed a cart to move around the clubhouse that evening and felt no better upon waking up Monday.

“I’m a little surprised with the [time frame],” Rojas said. “I expected it to be something that will take time to have him back on the field, but not as long as four months. … We’ll just right now pray for the best for him, that surgery goes well and the recovery goes well.”

Even before his injury, Martínez had been on the Mets’ roster bubble as a right-handed hitter with significant power but some defensive limitations. Now that Martínez is no longer in consideration for Opening Day, the team’s bench decisions are relatively straightforward: Barring another injury or a breakout performance in camp (or a decision to go with a four-man bench), the Mets are likely to carry catcher Tomás Nido, infielders Jonathan Villar and Luis Guillorme, and outfielders Kevin Pillar and Albert Almora Jr.

In addition, the Mets have plenty of others in camp on Minor League deals, including veterans Brandon Drury, Jake Hager and Mallex Smith.

“We have a lot of depth,” Rojas said.