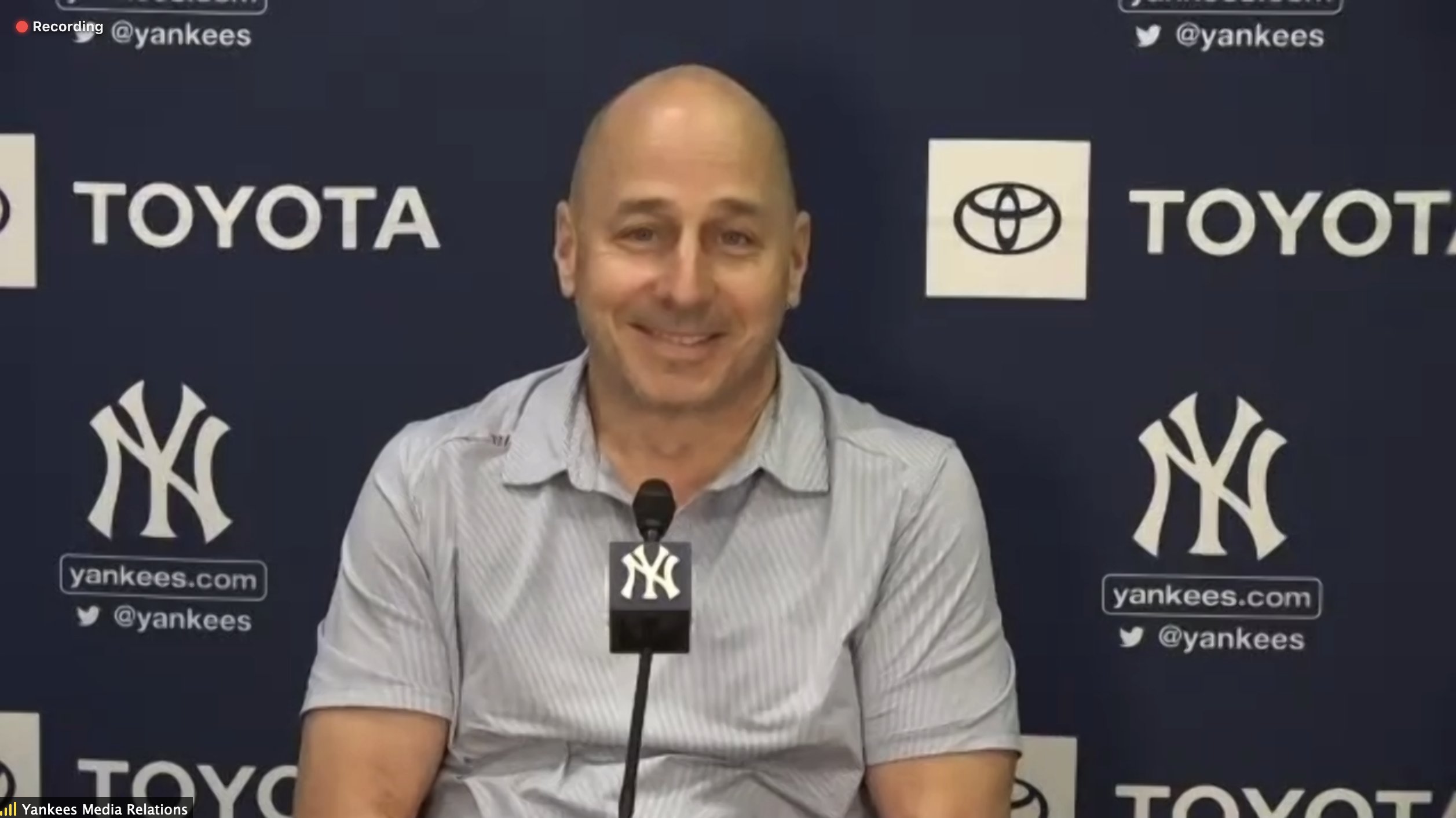 Opening Day is less than a month away, which means spring training is in full swing.

Yankees GM Brian Cashman spoke to reporters Friday over Zoom to discuss how he feels things are looking so far down in Florida, and to give a few updates around the organization as well.

Here are some takeaways from Cashman’s Zoom call on Friday:

Luis Severino is currently rehabbing and working his way back from Tommy John surgery, and although Cashman couldn’t give an exact timeline on his return, he said he should be on the mound again “shortly.”

“I don’t want to give the wrong information, [but] it’s going really well,” Cashman said on Severino’s rehab. “. … He’s due to get on the mound again shortly. … but I don’t have the exact bullpen date.”

The now 18-year-old top prospect in the Yankees system is still honing his skills and waiting for his shot to climb the minor league ranks and eventually wear pinstripes. But there’s still some time to go until that happens.

“He’s like everybody else in the minor league population waiting for a minor league/spring training report time and then seeing where it takes him,” Cashman said. “He’s now one of many that will be competing for a spot on a roster, and what roster that turns out to be remains to be seen. But all those evaluations will take place when we have a collection of all the talent, including himself.

“We need to get his career going just like a number of the other prospects that we have.”