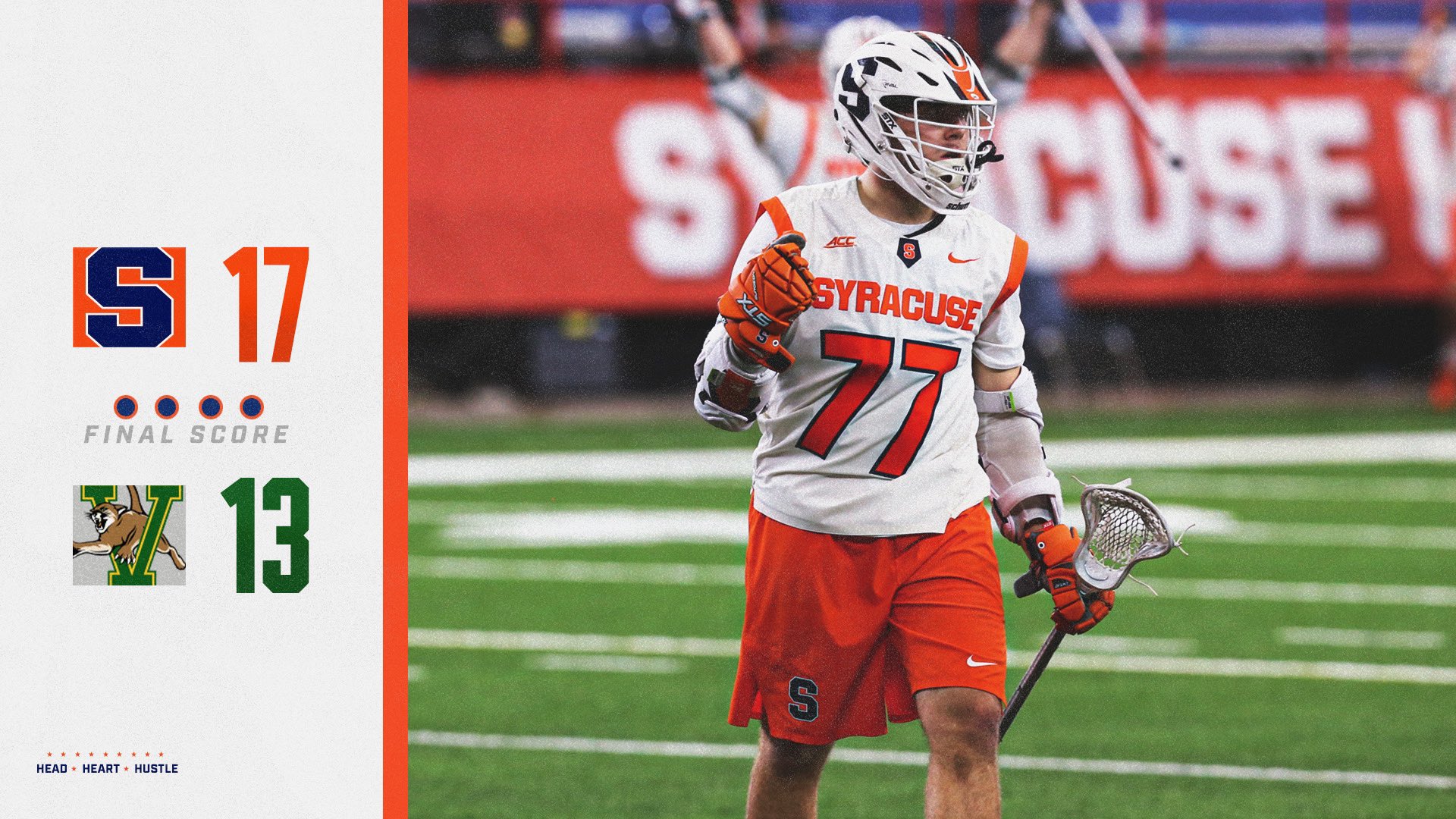 For the past three seasons before this year, the lacrosse teams from Syracuse and Vermont have squared off in a preseason scrimmage.

Saturday that competition became official for the first time, and the Orange took advantage by notching a hard-earned but very real win.

Goalie Drake Porter notched 20 saves for the Orange to help stave off the upset bid. The win improves SU’s record to 2-1 heading into its next game against Stony Brook at 1 p.m. Friday.

Mood playing in this offense: pic.twitter.com/lf9uSU1yWe