The Town Board voted unanimously to authorize a fire protection contract with the Galen-Clyde Fire Department in November. Approximately three months into the agreement- officials described the transition and outcome as ‘superb’.

“There has been a tremendous amount of collaboration work that has been completed in a noticeably short period of time,” officials said in a statement on Friday. The Galen-Clyde Fire Department has been credited with working with Seneca County officials, Wayne County officials, local law enforcement officials, the New York State Thruway Authority, neighboring fire departments, del Lago Resort & Casino, Town’s fire department attorney, Town officials, as well as meeting with members of the Magee Volunteer Fire Department- offering training, as well as an outlining process for them to become members of the Galen-Clyde department.

“The outreach we have seen from this new fire department has been exceptional and it is a testament of their commitment to assist the Town of Tyre in each and every way,” officials added in a press release. “We look forward to the continuation of a great working relationship with Galen-Clyde.”

The Galen-Clyde Fire Department is housing one of its trucks at the Petro station located on Rt. 414 near del Lago. Supervisor Ron McGreevy thanked them for their collaboration in this transitional process. Having equipment available locally will assist with response time to calls in the Tyre-area.

“The professionalism exhibited by the Galen-Clyde Fire commissioners, as well as all of the firefighters in their department, has shown our entire community that the safety and security of the Town of Tyre residents is their first-and-foremost important goal of making this fire contract a success,” McGreevy said in an announcement. 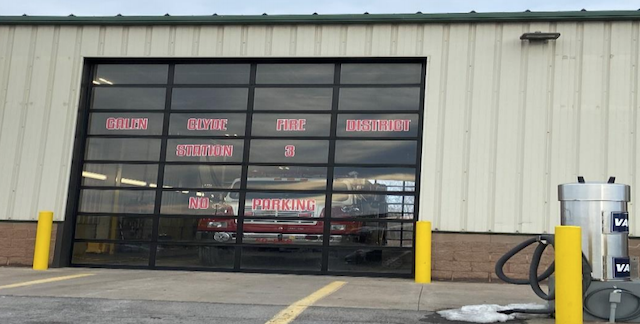