Syracuse storms past Clemson in the regular-season finale, 64-54 (full coverage) 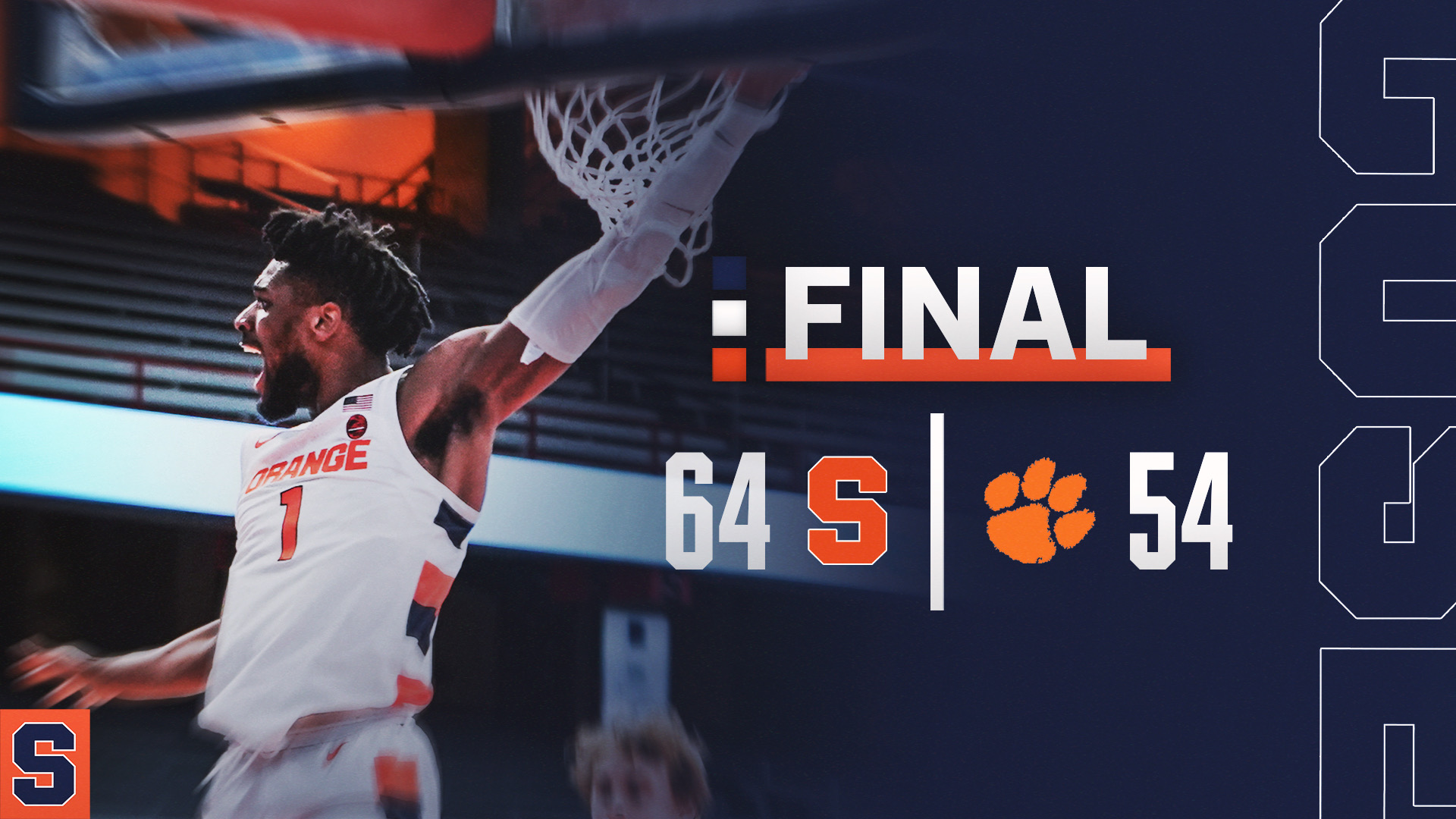 Life on the bubble seems to suit Syracuse.

Syracuse padded its NCAA tournament resume with its second revenge win in just three days with a 64-54 victory over Clemson on Wednesday at the Carrier Dome.

After beating North Carolina on Monday, Syracuse used a strong defensive effort and a bounce-back game from junior Alan Griffin to beat Clemson.

Syracuse had suffered road losses to both North Carolina and Clemson earlier in the season.

Griffin, who struggled to score just four points on 1-for-10 shooting in Monday’s win over North Carolina, discovered his form on Wednesday, scoring 22 points and grabbing 10 rebounds. He made a career-high six 3-pointers.

Buddy Boeheim, who had 26 points against the Tar Heels, contributed 17 points in the win over Clemson.

The win improved Syracuse’s record to 15-8 overall and 9-7 in the ACC. It also kept alive the Orange’s hopes for an NCAA tournament bid, which had been dim entering the week but suddenly seems very real.

Syracuse wins its second straight with a substantial victory over Clemson to finish the regular season 15-8, 9-7 in the ACC and 13-1 at home, the program's best Carrier Dome record in nearly a decade. Alan Griffin went for 22 and 10, Buddy Boeheim 17 and 5. Quincy 8 and 9.

Like clockwork, Syracuse drops some games late in the year but then inches toward the bubble in early March. ? H/T @charliedisturco pic.twitter.com/DyDwmZsRqy

Senior Day 2021 – Thank you to our seniors for all their contributions… and more to come! pic.twitter.com/HNmmzbQdcD

The Orange close the regular season on Wednesday when they clash with Clemson. Tip off from the Carrier Dome is scheduled for 5 p.m.

Buddy Boeheim tallied 26 points and six 3-point makes on Monday night, as Syracuse (14-8, 8-7) edged past North Carolina, 72-70. The ‘Cuse came out on top despite the Tar Heels winning the rebounding battle, 53-33. The UNC rebounding total fell two boards shy of the Dome opponent record of 55 rebounds set by Rhode Island on November 30, 2003.

Clemson won its fifth contest in a row on Saturday, moving past Miami by a score of 66-58. The victory improved the Tigers to 15-5 overall and 9-5 against ACC foes.

One more time in the Dome ?✊ pic.twitter.com/dllcjn45v2