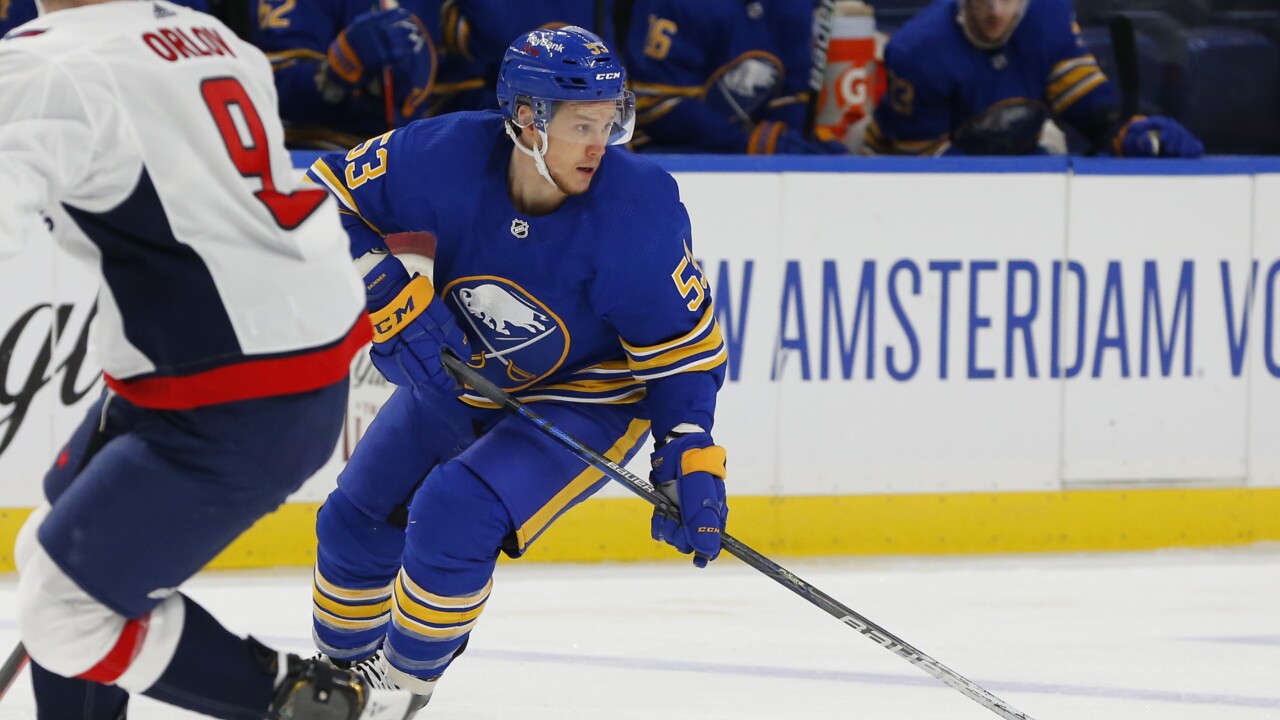 Jeff Skinner had made his point clear.

“No. I love being a Sabre. I love the city of Buffalo. I wouldn’t have chosen to stay here if that wasn’t case, so that answer is simple.”

Jeff Skinner on if he wants to play for a different team or different head coach. Question from @ByMHarrington #Sabres @WKBW pic.twitter.com/vcetuz4hiP

Skinner, despite his $9 million per season cap hit, has found himself watching the last three Sabres games as a healthy scratch. For the first time since sitting, Skinner spoke with reporters on Friday following Sabres practice.

“The most important thing is to keep moving forward and having a positive attitude, and working hard while trying to get better,” Skinner said. “I’ve watched a lot of hockey games and played in a lot of hockey games, obviously, and I don’t think you can learn anything extra by not being out there. But obviously, this situation is maybe not that straightforward in the fact that lessons being learned is maybe more of a vague concept.”

Buffalo Sabres head coach Ralph Krueger, the man who decided to sit Skinner, wouldn’t say for sure if the Sabres forward will be back in the lineup this weekend. Based on the line combinations from practice, it would appear to be a safe bet Skinner would return to the lineup. But as we’ve learned time and time again, it’s not safe to assume anything.