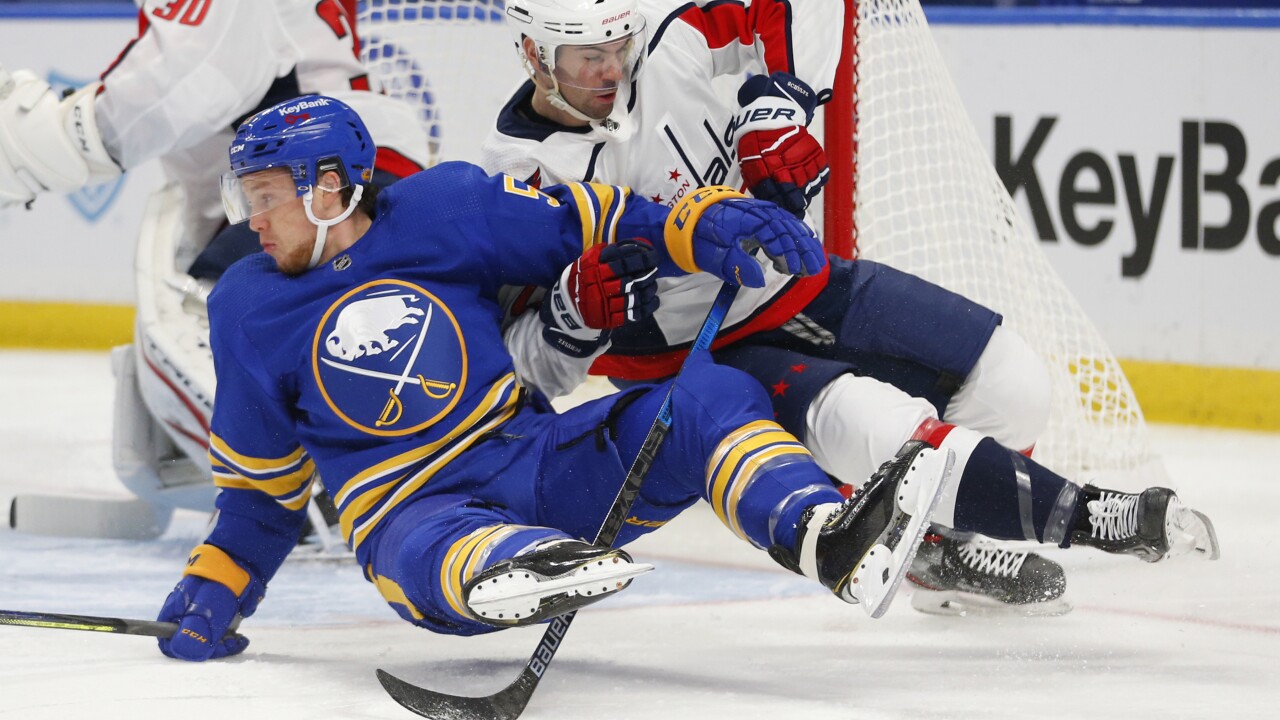 Jeff Skinner will watch his third straight game as a healthy scratch. The Sabres forward will sit again as his teammates take on the Devils Thursday.

Skinner, who skated with the taxi squad, has had a forgettable start, registering a single assist through 14 games. He’s averaging 13:36 of ice time a night, the lowest of his 11-season NHL career.

Head coach Ralph Krueger explained this week that he’s hoping viewing the game from a different vantage point will allow Skinner to regain his old form. The 28-year-old scored 40 goals in his first season in Buffalo, but struggled last season with 23 points in 59 games. He had never been a healthy scratch until this week.

“We are working in a constructive way here hoping that watching a couple games will free him and allow him to bring his tools and his assets into our game,” Krueger said Tuesday via Bill Hoppe. “We need his game, we need his five-on-five scoring, we need his threat.”

Skinner, per Natural Stat Trick, has been balanced between his offensive (25) and defensive zone (21) starts at 5-on-5 this season. He’s put 73 shots on goal at even strength, but just not gotten the bounces yet.

As if healthy scratching a player you’re dependent on to help your offense isn’t bad enough, one look at Skinner’s contract makes it even worse. The eight-year, $72M extension he signed with Buffalo in 2019 has six years to go after this one with a $9M cap hit. The actual salary doesn’t get any better with the Sabres paying him $10M through 2024-25 and then $7M and $5M in the final two seasons, per Cap Friendly. The contract also includes a a full-movement clause.

The scratching does not mean Skinner has landed on Krueger’s bad side, the head coach noted. “I don’t have a doghouse,” he said. “I don’t really know really what this is.”

What it boils down to, according to Krueger, is that of the forwards available to him right now, Skinner is out of that mix.

“The way the 12 forwards has come together the last two games is what we feel is best for the group on this given day,” Krueger said. “My job, combined with the attitude and work ethic of a player, is to find the potential of player. When eventually Jeff is called upon again, maybe we drive him close to his potential working together on that solution. The decisions are made for the players in the lineup rather than against anybody else.”