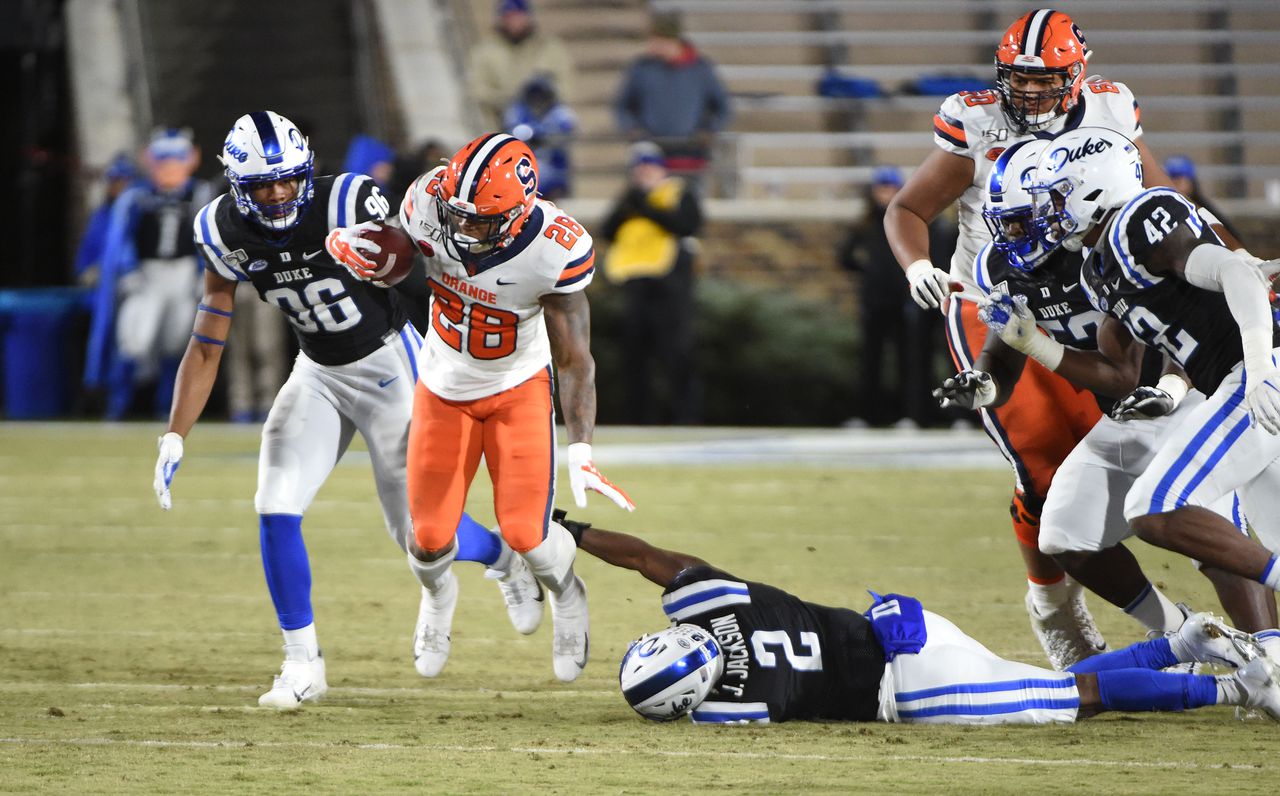 The Orange played without two of its premier running backs in 2020 after the duo opted out for coronavirus-related reasons, although a thorough explanation was never given by the players or coach Dino Babers.

Adams, a redshirt senior, played the first 11 games of the 2019 season and finished third on the team in rushing with 336 yards on 87 carries. He tied for second – with Howard – on the team with three rushing touchdowns. He also had 15 receptions for 141 yards.

Howard, a junior on the team, served as the program’s primary backup with Adams behind Moe Neal in 2019, totaling 337 yards on 76 carries. Howard also caught nine passes for 53 yards.