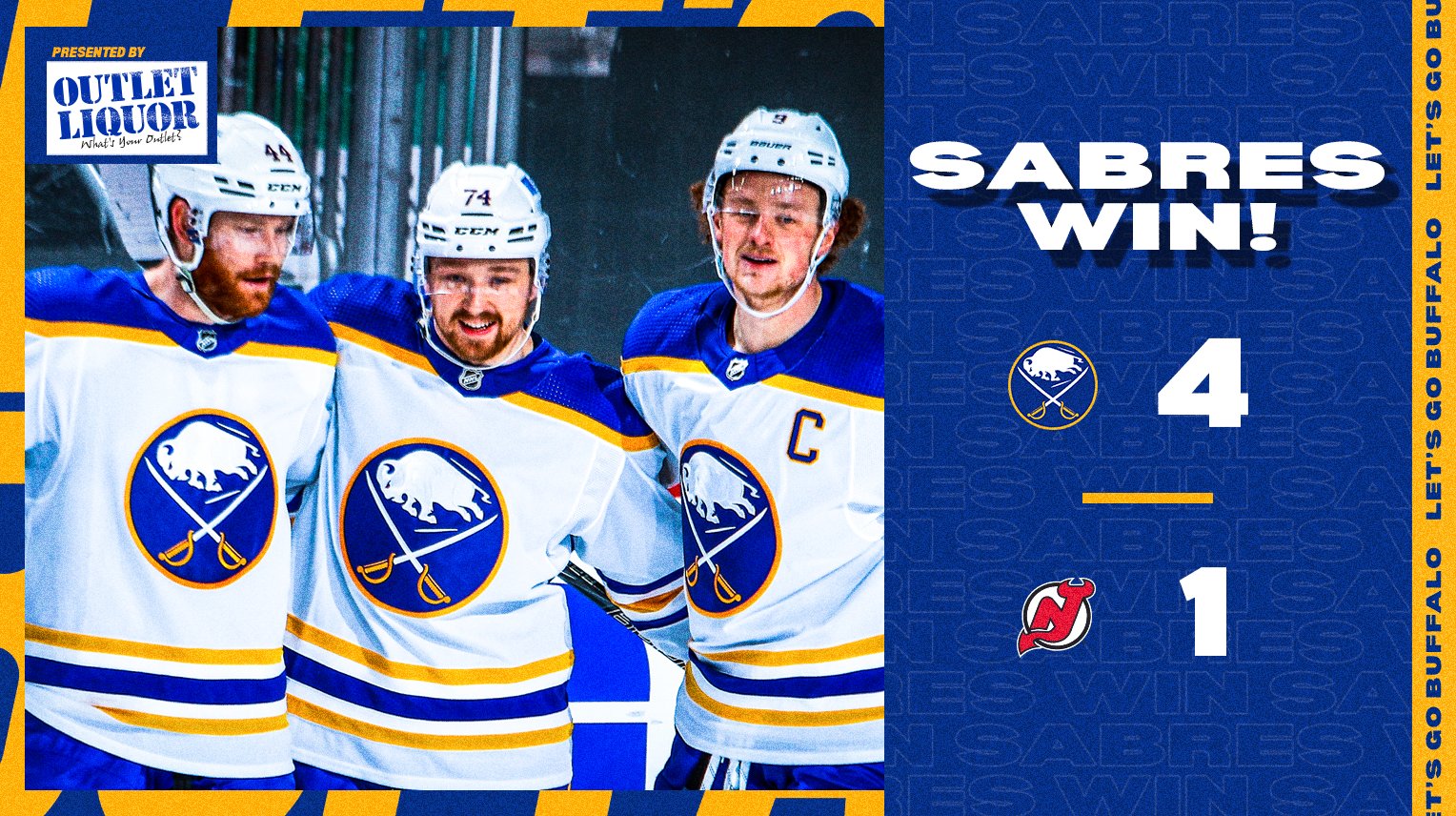 The Buffalo Sabres made sure their lead did not slip away Tuesday night against the New Jersey Devils.

Buffalo scored a pair of early goals in the third period and hung in down the stretch en route to a 4-1 win over the Devils at Prudential Center.

Victor Olofsson, Rasmus Asplund, Dylan Cozens and Cody Eakin all tallied for Buffalo. Linus Ullmark made 41 saves and was just 27.9 seconds away from recording his first shutout of the season

Olofsson leads the team with seven goals and 14 points. With six power-play goals on the season, he trailed only Joe Pavelski and Auston Matthews for the league-lead at game’s end. His 12 power-play points tied for second in the NHL.

Buffalo put 33 shots on Mackenzie Blackwood over the course of the game. Nikita Gusev scored for the Devils.

The Sabres end their four-game road trip with a 2-2-0 record. Both wins came over New Jersey.