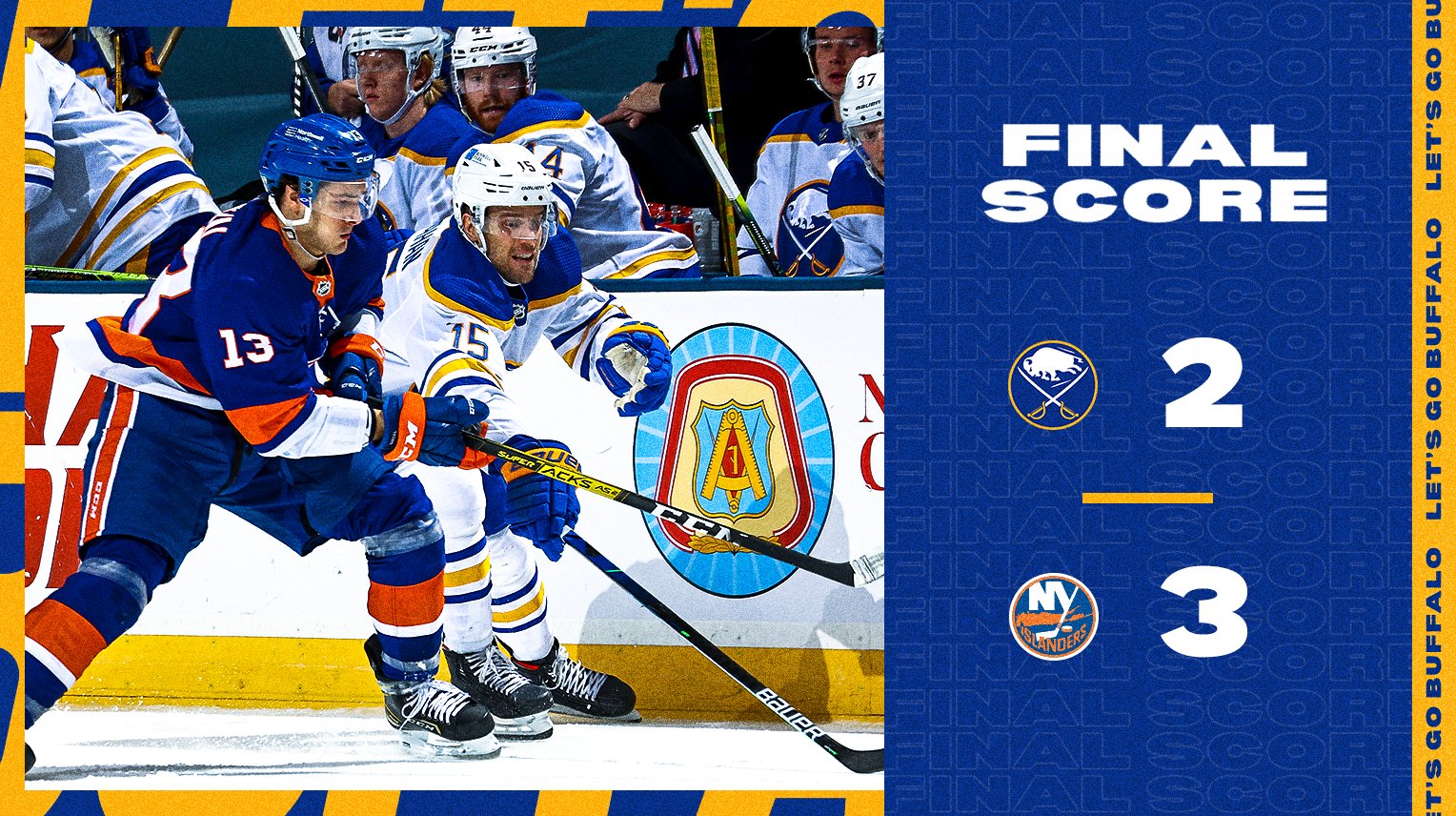 A late power play proved to be the difference Monday night between the Buffalo Sabres and the New York Islanders.

The Sabres had battled back to tie the game, but the Islanders put themselves ahead with a goal from Jean-Gabriel Pageau with 4:52 left in regulation to win 3-2 at Nassau Coliseum.

Curtis Lazar scored his fourth goal of the season for Buffalo and Sam Reinhart potted his third goal in three games. Linus Ullmark made 20 saves in net.

Pageau, Anders Lee and Matt Martin all scored for New York. Lee and Pageau have scored in all three games played between these two clubs so far this year. Semyon Varlamov stopped 34 Sabres shot.

Buffalo’s power play went 1-for-3 in the game while the penalty kill was 1-for-2.