Geneva PD released the following image, noting that this is a person of interest. Anyone with information about the person should call 911.

The Geneva Police Department has provided an update on the vehicle pursuit that their officers assisted with during the morning hours on Tuesday.

The pursuit, which involved a stolen vehicle in the city of Auburn, entered the city of Geneva from Seneca County on State Routes 5&20.

The pursuit ended at the Microtel and Holiday Inn Express parking lot in the town of Geneva. The sole occupant of the vehicle did flee in an unknown direction and remains at-large.

Police say witnesses interviewed led officers to the Washington St. area, east into the city of Geneva, where the individual attempted to gain access into a business.

As result the West Street School, YMCA, and Happiness House were notified and put into lockdown. Hobart and William Smith Colleges were also notified.

All agencies involved did search the area on foot, in vehicles, with K9 as well as a drone. Police say at this point the suspect is not in the city of Geneva.

No injuries were reported and no damage to property was found as result of the incident. All of the lockdowns have been lifted. 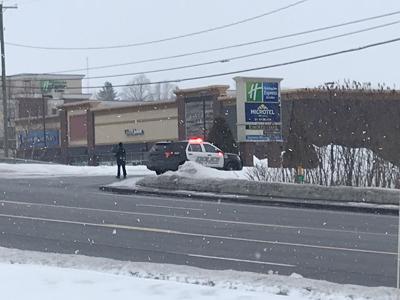