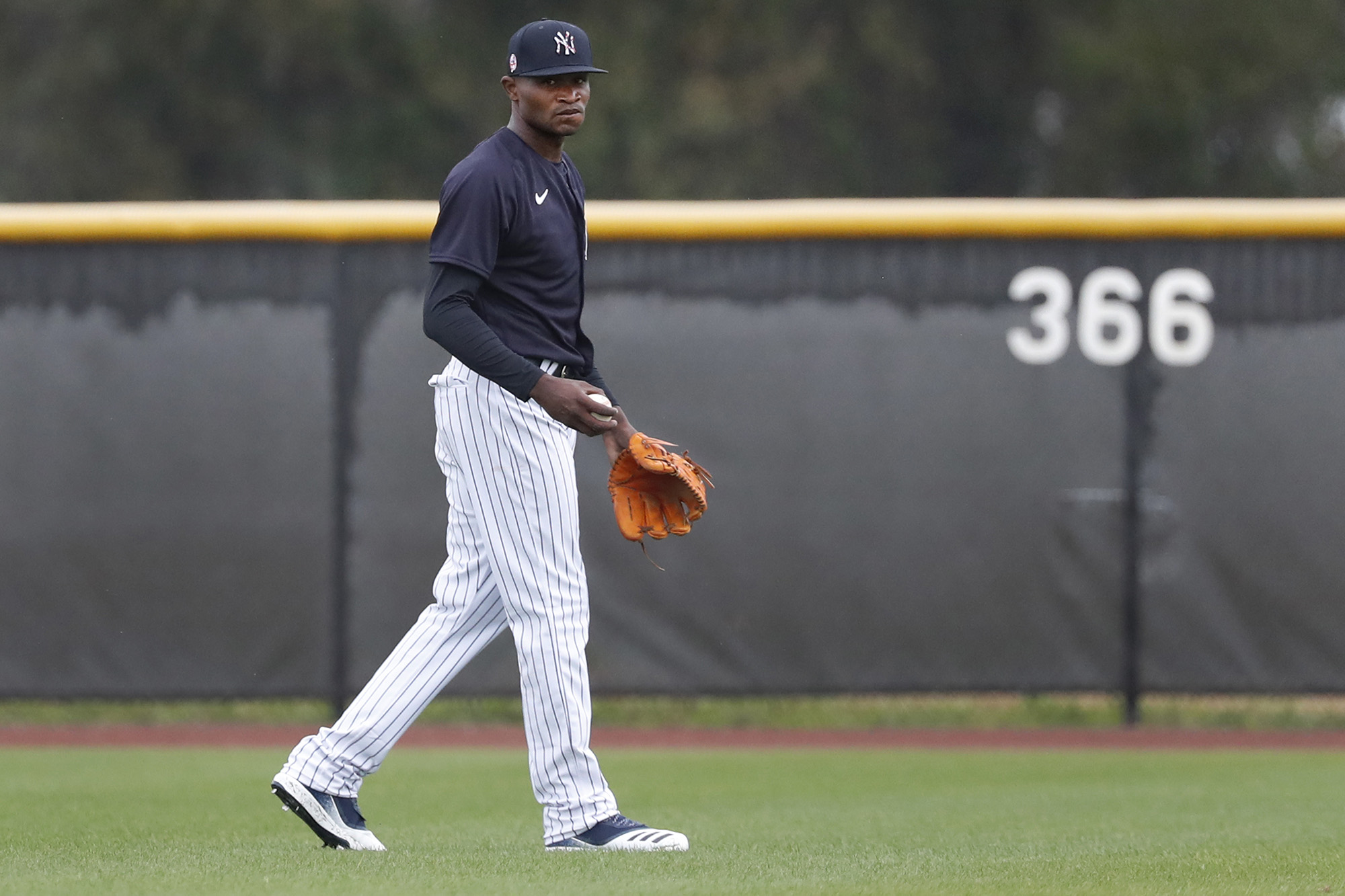 Yankees RHP Domingo Germán was set to speak to the media for the first time on Sunday since serving his 81-game domestic violence suspension. But plans have changed, as the starter wants to discuss the situation that transpired back in September 2019 with his team before addressing it publicly.

Germán released a statement instead.

“It is important to me that I have the opportunity to speak directly with my teammates, both individually and collectively, and address them face to face before I speak with the media and our fans. This process has begun. But more time is needed. Especially since half our team has yet to report to spring training. I recognize that speaking publicly will be an important step for me. And I will do so in the upcoming days.”

Aroldis Chapman, who served his own suspension back in 2016, was one of the players German talked to already. Chapman said he gave him some advice about how to move forward, but wanted to keep that conversation private.

“We had a long conversation yesterday and we kinda talked about so many different things that have happened with him in the past year or so, and he spoke candidly about it and spoke about all the different things,” Chapman said. “It’s definitely a private conversation. I don’t want to give out any details about it. But yeah, I had a good opportunity to chat with him and speak frankly with him.”

Manager Aaron Boone added: “I just think it’s something that’s very important that Domingo comes to that place on his own. Of course, we’re here to support him and encourage in different ways, but I think for it to be authentic, I think it’s really important for him to get there.”

Chapman also said that his situation was different than what German is going through now because the former was headed to a new team.

“He’s returning to his team where practically 99 percent of the players here he knows and has some type of relationship with them,” he explained. “He’s been keeping to himself a little more than usual and that’s understandable. At the same time, for us as his teammates, we gotta find a way to support him and hopefully his personality comes back and he’s once again feeling more normal in the clubhouse.”

One of the teammates German may still need to speak so is LHP Zack Britton. During his first media appearance of the year, he was blunt when he said “you don’t get to control who your teammates are,” though noting that German doesn’t owe him anything.

“I think it’s off the field stuff that he needs to take care of,” Britton said. “Sometimes you don’t get to control who your teammates are, and that’s the situation.

“I don’t agree with what he did. I don’t think it has any place in the game or off the field at all.”